Vevo’s desire to become the home of all music-related videos – not just ‘music videos’ – got a boost this weekend.

MTV has posted a number of performances from this weekend’s Video Music Awards (VMAs) through Vevo.

It’s a departure from MTV’s usual strategy of restricting such videos to its own digital channels, but Variety suggests the partnership may make sense for the Viacom-owned network.

“The network has lost nearly half of its 18-49 audience over the past five years, and the VMAs as its flagship event haven’t fared much better. Five years ago, the awards show still attracted 12.4 million viewers. Last year, that number had slipped to just five million,” its report noted.

“Vevo on the other hand has a pretty massive reach online, thanks in large part to its distribution partnerships with YouTube, Facebook and others.”

The performance videos on YouTube are under the artists’ Vevo-branded channels though: ArianaGrandeVevo, BritneySpearsVevo and so on, rather than on an MTV-branded channel. 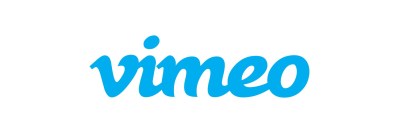 Video streaming service Vimeo may be spinning off as an independent company within parent group IAC. The news was revealed as IAC also announced that Vimeo had raised $150m in a new funding round, from Thrive Capital and...
Read More

Barely six months after it launched, video streaming service Quibi is shutting down. "We are winding down the business and looking to sell its content and technology assets," announced co-founders Jeffrey Katzenberg and...
Read More

Netflix growth slows but 200m subscribers milestone is in sight

Netflix warned investors that its subscriber growth was going to slow in the second half of this year, and it has. The video streaming service added 2.2 million net new paid subscribers in the third quarter, taking it to...
© Copyright Music Ally All rights reserved 2020 - Website designed and maintained by