Fredric Vinna was one of the creators of the original Beats Music streaming service, but left his job as head of product in February 2014 to join Spotify, just before Beats was acquired by Apple.

However, Vinna has now been hired back by Apple, a profile in Swedish newspaper Dagens Industri reveals.

The piece is well worth a read, albeit through Google Translate if you don’t speak Swedish.

It outlines the Swedish connection in the early days of Beats Music, when Jimmy Iovine, Dr Dre and Trent Reznor worked with Ola Sars, Jonas Tempel and Vinna, before Sars and Tempel left the project.

Vinna’s quotes on MOG, which Beats acquired to form the guts of Beats Music, are quite something too.

“It was like we were going to build a Ferrari but had people who could build a go-kart,” says Vinna now, amid an anecdote about MOG boss David Hyman getting sacked by Jimmy Iovine during a private-jet flight.

There are also stories about how Spotify wooed Vinna back to Sweden (including a phone call from co-founder Martin Lorentzon about the lure of “herring and schnapps”); an interlude where Vinna co-founded a leather workshop; and his return to Apple to work with Reznor on the Apple Music relaunch.

Midia Research has published its latest estimates for the size of the global music streaming subscriptions market, with figures from the end of the first quarter of this year. No surprises who's leading: the company estimates...
Read More 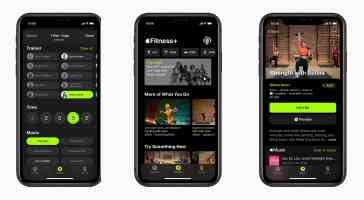 From the Beatles, Beyoncé and Billie Eilish to BTS, Bob Marley and a host of artists that don’t begin with the letter ‘B’, fitness tech firm Peloton has been building a catalogue of artist-branded workouts under its...
© Copyright Music Ally All rights reserved 2021 - Website designed and maintained by