NOW Music+ app set for commercial push in the UK

Universal Music and Sony Music are preparing for a commercial push for their NOW Music+ app in the UK, having quietly relaunched it earlier in the summer.

Reuters reported on the plans, noting that the app will offer playlists of hit songs for £5.99 a month, charging for the subscription via Apple’s in-app purchases system.

The app is currently offering a 14-day trial to users, with the promise that songs play “in full with no adverts”, with the playlists able to be downloaded to the user’s iOS device for offline listening.

It will focus on hits, as well as new NOW albums as they are released, with Android and Windows Phone versions listed as “coming soon” on the app’s official website.

NOW Music+ follows an earlier app launched with B2B firm MusicQubed in 2011, which charged people £1 a week for access to a similarly hit-heavy selection.

Amid a resurgence in industry chatter about the potential for subscription music priced lower than £10-a-month, NOW Music+ will give Universal and Sony new insight into the consumer demand for this kind of offering. 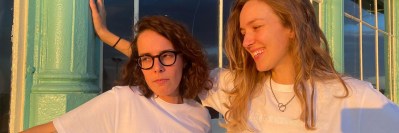 There has been growing unrest from musicians in the UK over the cut taken by venues of the merchandise sales at their concerts.