ReverbNation talks A&R, brands and becoming ‘like a musical Tinder’

While much of the focus in digital music today is around how human and machine can be blended to deliver the perfect recommendations for users, ReverbNation is taking the same approach and applying it much earlier in the chain – at the A&R level.

Simon Perry, the company’s CCO, spoke to Music Ally about how this works, how it partners with labels and broadcasters, how sync is opening up to a new middle class of autodidactic acts and why a streaming service would never buy ReverbNation but a major could.

“We have built a huge A&R team which is human curation but tech enabled,” he says of the platform. “We have 46 people full- and part-time who listen to 35,000 artists a month. Ours isn’t a recommendation engine. Ours is much more about trying to identify the good prospects.”

He describes the early stage of filtering acts on ReverbNation as being “like a musical Tinder” where the initial wheat is separated from the chaff. Interesting acts are then moved up to the platform’s 13 “level 2 curators”, all of whom are experts in particular genres or scenes.

A tagging system – drawing on 38 distinct tags – is applied to each act, which has echoes of Pandora’s Music Genome project. This is then filtered again and presented to the wider music industry, with ReverbNation acting like a broker as well as a talent scout for major labels, independent labels, brands and TV shows.

“We are looking to service the music industry in a very broad way,” says Perry. “It could be America’s Got Talent or The Voice. It could be a major label or Secretly Canadian. It could be sync or a music supervisor.”

How does all this work in practice?

“For major labels in the US, for pretty much all of them, we have run opportunities. What that means is that we go out to our artist community and say, for example, that Island Records is scouting for new music. We then get tens of thousands of submissions and we use our curation system to narrow that down to exactly the sort of thing the A&R guy tells us they are looking for. We then deliver back 10 or 15 artists and it’s up to them what to do with the acts. We do that on a quarterly basis.”

Perry says that labels are keen to dramatically lower their overheads and increase their chances of signing a commercially successful act and this is where ReverbNation is looking to position itself. He says that on average 26% of label revenue goes on R&D whereas it’s 4% for the automotive industry and 11% for pharmaceuticals.

“It used to be ‘sign 10 acts and the one that gets away pays for the loss on the other nine’ – but that’s not true anymore,” he says of the increasingly harsh economics around recorded music.

“To keep running a business like that, like a speculative industry, doesn’t work anymore. So you have to think how you can lower costs on the artist identification side and how you lower costs to make smaller bets on more artists on the artist development side. What we do allows labels to do that as we actually monetise the A&R process. How do we do that? Because of the long tail. For major labels, the A&R process is a cost centre; for us it’s a profit centre.”

He adds, “We genuinely do believe that we are going to be part of the solution in terms of getting the economics right side up. We know acts like Mac Miller, Alabama Shakes, The Civil Wars, Walk The Moon and Imagine Dragons start with us. If we can identify them earlier, and introduce them to the music industry earlier where they can make smaller bets and get right side up on it, that can only be a good thing.”

If that’s the case, and if ReverbNation is so good at using human judgement on top of data to find sure bets, why doesn’t it just become a record label and cream off all the profits for itself?

“We don’t want to have to learn how to do someone else’s business today,” argues Perry. “We would rather partner with them and continue to build our business.”

Given the rumours swirling at the moment that Spotify may buy SoundCloud, could a service like Deezer or Apple Music look to buy ReverbNation and plug directly into its grassroots talent-spotting powers?

“A major label would make the most sense,” says Perry of where the most likely suitor would come from. Does that mean a major has looked to buy ReverbNation? “I couldn’t possibly comment,” he says coyly. “All I’m saying is that it makes sense intellectually if one of the three majors would [offer to buy us].”

ReverbNation turns 10 this year and when it set up in 2006 in North Carolina, it did so in a curious hinterland where the industry had started to prove people could pay for digital music but not communicate with fans (on iTunes, mainly) while social networking (MySpace, mainly) showed a new way for fans to communicate with fans but could not really monetise that relationship.

Today, the lines between commerce and social networking are blurring, and this was something ReverbNation was keen to blend further when it arrived.

“They moved into this idea that the internet was going to democratise music and artists were going to connect directly with the fans,” says Perry of the early stages of the company before he was involved. “The big break for them was that they created the first music player for Facebook.”

In terms of the growth of the company, that was really huge. The product that made ReverbNation explode and leave the competition behind was Promote It – a retargeting and online advertising tool which allow artists to promote their music or shows.”

When Perry joined the company, his focus was on getting the platform to properly use the data it had around all its acts – at the time there were 3.5m using the platform – and open that up as a tool for the wider music industry.

“It was around about the time that there was this idea that data was going to be helpful to the music industry and at the same time the record industry was doing its rather graceful and slow pirouette and cratering down to the ground,” he says of the era. “ReverbNation at the time was growing very quickly because the thing that didn’t change, even though the industry proper was haemorrhaging money on A&R, was that music itself was becoming perhaps more important because of digital. The thing that was killing it was also helping proselytise music.”

Perry says the platform was facing a huge “graduating away” problem where it would help nurture acts and give them their first foot up – acts like Mac Miller, Alabama Shakes and The Civil Wars – but they would quickly move on and sign with labels and stop using ReverbNation as a marketing and communication platform.

“Curation was the problem we had to solve,” he says. “We dug in and spent two years and a lot of money trying everything we could to solve this problem that hasn’t been addressed in the music industry, which was curation at scale… It was a huge thing to address but we knew that if we could do it then we could be very powerful in the music industry.”

Perry originally conceived of an algorithm that would solve this.

“I was hoping it would be a big red button, but there just wasn’t. All of the indicators that you get from data are not predictive, but they can be prescriptive. By that I mean you can tell when one artist does well in one track and then another artist with a similar profile, if you do some of the things that are the same it may help that artist’s progression,” he says.

“Think of Coldplay: the first EP was rubbish but the second one blew up. The band might not have written the song yet that is going to propel them and by the time that they do it is probably too late; and then you’re in the world of prescriptive and not predictive.”

This was where ReverbNation discovered the human element could be used to provide the solutions it were looking for.

“What we did find that was interesting what all the data that we had was where our artists interacted with humans,” he says. “It was those early stage development signs. For example, we have a list of all the buzz venues in the US. All of our artists post their shows with us so we see all that. We see when that little talent buyer in Utah who has a good reputation books that show and, more importantly, we see when he books that band again.”

Ultimately, it is about the qualitative on top of the quantitative and this is where the experts tagging acts with potential – either artistic or commercial – come into play. They also scout acts for sync and, if the acts have signed a publishing administration deal with them (handled via Sentric), they get a cut, otherwise they regard it as part and parcel of the promotional reach of the platform.

Perry argues that the platform’s base – 5m artists with a core audience of 18-35-year-old consumers – means that brands will be the area around which it will focus its growth in the coming years.

“We see brands generally as the cornerstone of our 2017 and 2018 roadmap strategy,” he reveals. “We have a really passionate thesis that as millennials become impossible to access the two places they gather around are sports and music. I believe that around music there are two channels: there is the celebrity channel; and there is the emerging artists channel.”

Perry adds, “The celebrity channel is never going to go away. They’re always going to ask Beyoncé to hold a can of Coke and smile. But I think that millennials increasingly look to authenticity. I think that it is tough for Beyoncé to look too authentic holding a can of Coke. But brands are increasingly coming to us to ask us about the emerging artists channel. Can we leverage 250,000 emerging artists and activate them locally? Can we get them to do things for us and our brands that are authentic? The answer is yes.”

With its focus on new acts and the changing economics of the record industry, is streaming going to prove sustainable for the acts they are picking up on early and presenting to labels, broadcasters and brands.

“No, it isn’t,” he says bluntly. “But what they are doing is selling merch and occasionally CDs at their shows. You’re almost getting a sort of bifurcation of the music industry. You’re getting this aristocracy [up here] and then you’re getting everybody else. In ‘everybody else’ I include both the long tail and this emerging middle class.”

It is this emerging middle class of acts – that are self-starting and polymaths out of necessity – that will, to his mind, be the most attractive to brands and sponsors as they move away from writing huge cheques for a handful of mega acts and hoping that works out for them. 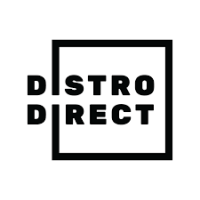 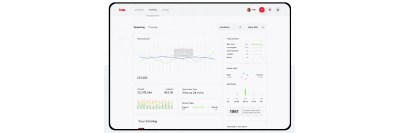 As consolidation continues in the music distribution sector – Sony Music buying AWAL most recently – so new companies continue to pop up.
Read More 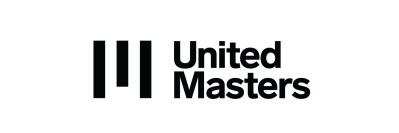 Distributor and artist-services firm UnitedMasters has made brand partnerships a big part of its offering to artists. Now it is creating a new platform for that.
© Copyright Music Ally All rights reserved 2022 - Website designed and maintained by