Russian social network vKontakte has continued its move towards licensed-music legitimacy, thanks to a new deal covering Merlin’s roster of independent labels.

The agreement, brokered through United Media Agency, covers the audio AND video content from Merlin’s members, and is with vKontakte’s parent company Mail.ru – meaning the catalogue will also be made available through social networks Odnoklassniki and MyWorld.

It’s vKontakte that’s the most interesting angle here though. “To develop the licensed online music market within Russia it is vital that VKontakte, Odnoklassniki and MyWorld can meet consumer demand and supply the most comprehensive repertoire of catalogue,” said VK CEO Boris Dobrodeev in a statement.

“The Russian market is one of enormous potential for Merlin’s global membership. Our partnership with Mail.Ru Group and UMA marks an important step forward to realising this,” added Merlin boss Charles Caldas, fresh from opening a new office in Japan earlier this month.

For vKontakte, the Merlin deal follows agreements with all three major labels – reportedly involving multi-million dollar minimum guarantees for the majors – and the announcement of plans for a fully-licensed music-subscription service to cost “roughly the same as a cup of coffee”.

This, in a market (Russia) that was the 28th largest recorded-music market in the world last year according to the IFPI, with just $51.7m of revenues – admittedly up 7% year-on-year. If vKontakte can convert even a small percentage of its social-networking users into paying music subscribers, it will be significant.

A full complement of indies certainly helps that goal. But there’s another reason for labels and publishers of all sizes to watch what happens next closely. If vKontakte can become a meaningful driver of music subscriptions in Russia, that may in turn make the idea of getting deeper into music more appealing for Facebook, its equivalent in the west.

In a blog post yesterday, digital marketer Darren Hemmings became the latest industry figure to call for Facebook to do more with music. Yet Facebook’s priority is new features that increase the engagement of its users – things that make them use Facebook more often and for longer.

vKontakte’s evolving (legal) music ambitions *could* deliver some persuasive evidence on that score. But we may be getting ahead of ourselves: Russia is a market with its own unique quirks, and it is very early days for VK’s licensed music efforts.

His second three-year term ends on 31 October, although he will remain as CEO until the end of 2022 as part of a handover process.
Read More 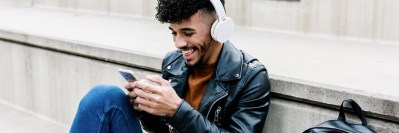 It's been a difficult last week for Meta's music strategy, what with Epidemic Sound suing the company and Kobalt pulling its catalogue in the US.