Secondary ticketing is a very sensitive issue in the UK at the moment, so when StubHub decided to sponsor music magazine Q’s annual awards, it probably saw it as a charm offensive.

Unfortunately for StubHub, a number of the award winners saw it as simply offensive, and said so from the stage – albeit targeting their attacks at secondary ticketing generally, rather than StubHub specifically, according to Music Week.

“Exploitative secondary ticketing is fucking bollocks – it’s shit for fans and it’s pretty shit for the bands as well,” said Bastille’s Dan Smith, while Jack Garratt said his fans “deserve fair ticket pricing for the shows they want to go and see”.

Even James Bay, hardly known for controversial public comments, expressed “apologies to my fans for ever having to deal with secondary ticketing sites”.

Points duly made, although the real action is happening behind the scenes as the secondary ticketing firms and anti-secondary campaigners lobby British politicians. 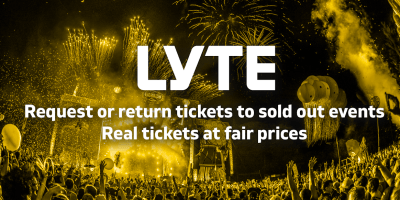 A lot of physical concerts have been cancelled during the Covid-19 pandemic, but it’s been heartening how many fans have held onto their tickets for the ones that have been postponed – even those delayed for a year or...
Read More