(This is a sponsored feature)

Where are your fans? It’s one of the most important questions in the modern music industry. Not just in terms of which social networks they’re following you on, but also the hunt for the community of ‘superfans’ who will, given the opportunity, support your music financially.

With incremental payments rising in the loss of downloads and CD sales, live music is becoming a more and more sustainable revenue stream for artists of all sizes. Unfortunately however, planning, executing and monetising a gig is more difficult when fan bases are spread across territories- while streaming and the internet opens up the global market, it also disperses them, making it increasingly difficult to play live performances in the right places: where fans can hear them.

We’ve heard the statistic that 40% of concert tickets go unsold every year regularly in recent times: a problem that costs venues, labels and artists alike. A concert needs an enthusiastic audience, and there are a growing number of platforms fighting to be the one to help musicians find it.

Some of the most interesting in 2016 are the ones that help artists to identify where their fans are, and where those fans would like them to perform. That in turn helps to avoid concerts being planned in towns where there are few fans of the artist.

Tootoot is one of those companies: a crowdsourcing concert hub and promotional tool rolled into one, that wants to help artists plan their tours more efficiently. It’s a platform on which fans can send “request” to bands, asking them to come to their area to play a show.

Fans can interact online and via the mobile app, ‘following’ bands to see where their other requests are around the world. If and when the show they have requested becomes a reality, they get a notification and a direct link to buy tickets.

Music Ally spoke to Tootoot’s chief marketing officer and co-founder Daniela Grecnerova about how live music is not only about selling tickets, but is an opportunity for fan engagement as well as increasing revenue by up to 30% for the artists in question.

“Allowing fans to request a concert is an exciting new opportunity for fan engagement. People are willing to engage if there is an incentive, and what could be stronger than the possibility of your favourite artist visiting your town?” says Grecnerova.

Tootoot claims a 55% conversion rate of users, meaning that for every 100 requests for a show, an average of 55 tickets are sold. With 45,000 users across Europe, Tootoot has collected more than 130,000 requests for more than 1,500 artists since its launch in October 2015, with the most popular genres being hip-hop, rock, alternative, metal and indie.

After a successful first year based in Eastern Europe, Tootoot is now establishing an office in London, building on its selection as one of the finalists in the Midemlab 2016 startups competition at Midem in June.

The company is aiming to prove itself a cut above rival platforms, with a simple Mailchimp-style email system being integrated to provide a direct line of communication between artists and fans – or “tooters” as Tootoot calls them – to help them create a connection before even getting on stage. The company uses their data not only for fan-demanded shows, but for targeted ticket sales from affiliate ticketing partners for regularly organised live shows as well. With event recommendation as well, Tootoot is a platform catering for general live music fans while competitors often only spend time honing in on hardcore fan bases.

Tootoot is also trying to help artists unlock the value in data and analytics on their fanbases, aiming to cut an artist’s marketing costs by at least 20% with its combination of tour optimisation, direct ticketing and lowering the risk of unsuccessful gigs.

“We’re able to collect this data in advance,” says Grecnerova. “While there are many tools online collecting passive data about fans’ interests, no one is engaging fans at an active level before the tour dates are even released.”

Tootoot aims to make the fans’ interest the driving force behind artists’ tours, with its platform that enables those fans to come to artists rather than the other way around. For all of these offerings, use of the platform is completely free, with Tootoot taking a 5% cut of ticket sales sold directly through the app, which is exceedingly low considering most ticketers take anywhere between 8-15%, with larger firms taking up to 25% and more.

This makes Tootoot not only an excellent place to engage with fans, but also a brilliant platform to ticket gigs and promote them, with smaller bands managing to pocket most of the income and even re-circulate some into in-platform advertising. We’ve come pretty far in the digital age of music – data tells us where and when fans have been listening to our music at a granular level… Why aren’t we using this data to plan our live gigs too? After all, they’re the money makers. 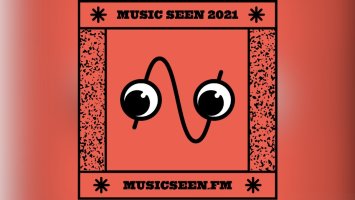 Concord teams up with Playlister for ‘Music Seen’ project

Something that’s come across strongly in our recent conferences is the idea that digital marketing – and streaming playlists specifically – isn’t just something for labels and artist teams. A growing number...
Read More 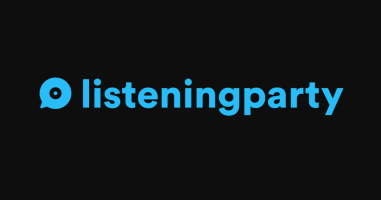 Tools. Listening Party: Premiere your music or podcast for fans

Lee Martin was the developer of what we crowned the ‘Best Listening Party’ in our Sandbox 2020 best music marketing campaigns report – for Future Islands’ album ‘As Long As You Are’. This innovative campaign...
Read More 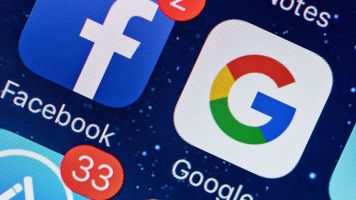 We’ve followed the music deals and clashes of Facebook, Google and other big tech companies with diligence, but we keep a watching eye on how these firms are interacting with other creative and media industries. Two stories...
© Copyright Music Ally All rights reserved 2021 - Website designed and maintained by