Laura Marling fans can ‘pre-save’ her new album on Spotify

In the streaming age, what’s the equivalent of pre-ordering an album? On Spotify, it’s the ability for fans to ‘pre-save’ it to their collections and playlists.

It’s a new feature for the streaming service, with Kobalt the first to take advantage of it for the upcoming release of Laura Marling’s new album ‘Semper Femina’.

“Pre Save lets you save an album to your collection before it comes out. On release day, it will automatically get added to your library, plus any playlist you choose,” explains the page. “As an added bonus, any pre-release tracks will get saved when they come out too.”

The process includes a pre-filled ‘email me as well when they’re released’ box which will enable Kobalt to gather fans’ email addresses.

Although Kobalt has built this functionality, Music Ally understands that it is not a proprietary feature: other labels and distributors could build their own ways for fans to pre-save albums too.

How big a deal is this? Over the past year, several labels have made it clear that getting fans to add an album or track to their collections and playlists is a vital driver of long-term streams. The ability to pre-save will thus be welcomed by labels able to take advantage of it.

This is also notable for being a link between Spotify and artists’ own mailing lists. Fans submit their email addresses on Kobalt’s site, not within Spotify, but pre-filling the box with the fan’s registered address for Spotify represents a step towards more data-sharing with industry partners – strictly approved by users of the service, of course. 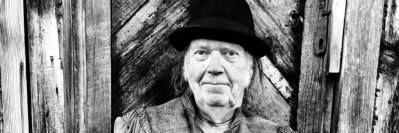 We've already seen Apple Music tweet out "It's always a good idea to stream @NeilYoungNYA" with a link to his 'Essentials' playlist on its service.
Read More