This guest column comes from Bruno Guez, CEO and founder of Revelator:

In May of 2015, Chance the Rapper set the music industry on fire with a simple tweet that showed download numbers for the album Surf from The Social Experiment. In a single week, the full album had been downloaded 618,000 times with single track downloads crossing the 10 million mark.

Apparently, not to be outdone by himself, earlier last year, Chance pulled off the arguably more exceptional feat of becoming the first streaming-only album to chart on the Billboard 200 reaching as high as number eight overall.

The incredible success that Chance has achieved is made all the more fascinating by his very public refusal to sign with a major label and his dedication to remain in the driver’s seat of not only his creative direction, but also the entire business driving his music.

While taking a specific case and exaggerating the impact to suggest a widespread revolution is problematic, equally ignorant would be failing to recognise the tremors his impact has made in the music industry.

Beyond Chance, Techn9ne, Joey Bada$$, Run the Jewels and more have launched a new movement in hip-hop where some of the most exciting and respected artists are bucking the label in exchange for freedom and control.

Yet, for all the doom and gloom, the reality is that labels still have a tremendous amount to offer, though their ability to remain on top of the game will depend on how they adapt to this change and embrace the new realities in music.

The New Business of Music

Chance isn’t paving a new path by refusing a label, he’s carving out a niche by publicly calling out the very elements that are limiting artists.

On the one hand, the decision to shirk revenues from the music itself seems odd, yet the decision has enabled him to reach a larger audience, vastly improving his concert and merchandise revenues. Essentially, free access to his music is converting more individuals into fans than would be possible if it was locked behind an initial payment.

The willingness to look beyond the initial product and emphasise other revenue streams, while revolutionary in the music world, is a standard feature of the technology ecosystem.

For instance, Facebook, Google, Snapchat and more all offer free services in exchange for the ability to advertise to you. Rather than capitalising on the use of their platforms, they are able to draw profits from the invaluable data they provide advertisers.

While Chance isn’t selling his user data quite yet, the example is apt as it points to the future of an industry operating with a business model that cannot effectively cope with the ubiquitous and poignant mix of piracy and streaming.

Streaming may limit album sales, but they also bring access to vast amounts of data that can push musicians to tap into underutilised revenue streams. From better understanding where you should be performing, to understanding how your digital presence can be monetised, this data driven approach can fundamentally redefine the ways artists make money.

Once we are able to shake the notion that revenue needs to be generated from the music itself, we open the door for artists to take creative liberties, including teaming up with other artists to record. The red tape normally associated with artist-artist collaboration was widely seen as a necessary evil in an industry reliant on one primary mechanism of making money.

Yet, the more diversification the industry accepts the more it will be able to relinquish control over bureaucratic issues that were necessary for determining ultimate ownership over a given song.

Firstly, the growth of new technology solutions capable of simplifying the accuracy, tracking and distribution of payments – especially in the age of streaming-centric micropayments – will help reduce concerns. Secondly, the ability to look beyond the need to over-monetise the music itself will help lower barriers, vastly improving the quality and reach of collaborations.

Yet, collaborations are merely one part of the creative puzzle that are capable of being solved. Data-driven music empowers artists to identify their audience with far greater ease, the result being an improved capacity to balance the need to make money with the fundamental requirement to push creativity.

When an artist doesn’t need to dilute their unique voice in order to reach their business goals, the caliber of their music becomes heightened and the true power of their perspective can be unleashed.

So if artists can now drive a real business independently, and can find increased creative freedom operating on their own, how can a label possibly compete?

The first step is to ensure that the same tools that independent artists are using on a case-by-case basis to drive their business, are optimised by using them at scale by the labels themselves. Data driven businesses live the mantra ‘the more the merrier’ where each new data point fundamentally improves the ability to make real and impactful decisions.

By effectively understanding the vast amounts of information that are constantly running through their systems, labels can take the lead in helping artists make more money while increasing their ability to pursue new creative directions.

What’s more, because they represent hundreds, if not thousands, of artists, the data they have access to is infinitely more interesting and insightful.

The second step is to recognise the changing landscape of monetisation and to take the steps necessary to maximise the revenues that exist from streaming and purchases, while simultaneously pushing the boundaries and testing new revenue streams.

The collective experience will enable better decisions and a far longer leash to test new ideas. As labels become more competent at identifying new ways of making money for and with their artists, they will be able to take the lead in shaping the future of the industry.

Artists are more powerful than ever, but the same tools that they themselves are using to drive independent success can also be leveraged by labels to fundamentally improve the way the industry operates.

Artists are demanding creative freedom but don’t want to sacrifice the business to make it happen. Labels are uniquely positioned to ensure this new status quo, but to make it happen they must embrace the data that underpins their future potential. 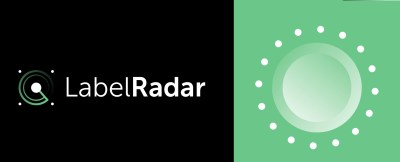 LabelRadar wants to benefit artists, labels, promoters and fans alike. For artists, it democratises access to key decision makers in the industry by streamlining the demo submission process. It helps labels and promoters...
Read More

Its main office will be in Lagos, Nigeria, with plans to operate across countries including Ghana, South Africa and the Ivory Coast.
© Copyright Music Ally All rights reserved 2022 - Website designed and maintained by