How ‘sleeping giant’ China is waking up to legal music

Until recently, China was seen as a hugely problematic market for the recorded-music industry, with piracy dominant against legal digital music services.

Things are changing fast though, due to a combination of the Chinese government’s crackdown on piracy, and the emergence of a group of legal, innovative music services. At the NY:LON Connect conference we organised with the Music Business Association in London this week, market expert Ed Peto from Outdustry expanded on these trends to explain why “the sleeping giant” is waking up in 2017.

“The first misunderstanding about China is that there is no copyright law. Actually, China’s first copyright law was in 1991,” said Peto, by way of introduction. “In the digital age, we look at the amendment in 2001… they are there, and people collect on these, and they’re increasingly enforceable as well… There is a very poor understanding of what the rights are, in the marketplace, but they are there.”

Peto added that local publishers have withdrawn from China’s collecting society in favour of striking direct deals with digital services, even though the society continues to collect money from the services. “Frankly, publishing in China as an industry, is a really tough business,” said Peto. “This is a very small part of the business, but as with everything in China, it’s about engaging first and learning where the little revenue streams are, then nurturing those.”

Among those revenue streams are caller-ringback tones sold by the large Chinese telcos, added Peto, before turning his attention to the addressable audience in China. There are 1.36 billion people in China, with 731 million total internet users, of which 695 million are mobile internet users. And there are 502 million online music users.

“China is getting more and more accepting and interested in international repertoire,” said Peto. “When we first started working there, it was around 10% of the online music users, but now it’s at 15% or perhaps even 20%.”

What’s exciting the music industry is the rise of digital music services in China, rather than the old model of the state-owned telco selling huge amounts of caller-ringback tones, with only a “trickle” of the revenues reaching rightsholders.

Peto outlined the market shares of these DSPs: QQ Music has 39% of the market in terms of users, Kugou has 28.8%, Kuwo has 9.6%, Netease has 9%, Xiami has 4.4% and other services take a 9.2% share – including Baidu, which was one of the most written-about platforms in China a few years ago, before winding down its service after it was forced into licensing deals.

Tencent Music Entertainment owns QQ Music, Kugou and Kuwo, and has exclusive deals with Sony Music and Warner Music, making it a dominant force in the market, although it can license their music on to rivals. “We’re talking about the idea of someone like Warner licensing exclusively to Spotify, and then asking them to license on to Apple Music on their own terms,” explained Peto. “We’re talking about the weaponisation of music here.”

QQ Music has approximately 200 million monthly active users, added Peto, with Kugou having around the same amount. Xiami, meanwhile, has around 10-20 million active users. “These platforms are now largely licensed. Not completely licensed, but largely licensed,” said Peto. He added that pretty much the entirety of Chinese online music users are on these legal services, rather than pirating.

He did refer to “accounting piracy” where the licences are in place for a digital service, but the transparency around reporting and payments is sorely lacking. “That’s changing quickly as well,” he stressed, citing work being done to improve the metadata supplied to DSPs, which in turn helps them better report on usage of music, and pay rightsholders for that usage.

What is a representative per-stream minimum in China? Peto referred to the recent table published by The Trichordist, analysing average per-stream payouts from the big western streaming services. China? “It’s off the bottom of that table,” said Peto. “While the licences are in place, which is great, and we’re starting to get the reporting, which is great, now we’re looking at one of the lowest per-stream rates in the world. Perhaps the lowest.”

Labels are building a transactional relationship with the DSPs in China “but the transaction value is off the bottom of the scale” in other words. According to the IFPI, the Chinese digital music market was worth $151.9m in 2015, up from $90.1m the year before.

That $151.9m included $66.7m of ad-supported streams, $26.6m of subscription streaming, and a mysterious $39.5m ‘other’ category, which Peto suggested includes advance payments from DSPs that have yet to be assigned to specific categories of income for labels.

“There is such a thing as premium music in China now. Three or four years ago you’d have been laughed out of the room if you’d suggested that,” he said. “We think there are about 15 million premium subscribers in China now. That is the very, very beginning of where that’s going to go.”

“These are small building blocks,” he continued. “All these things are happening very very slowly. Having been in China for 10 years, I was there seven years too early! We are now at base-camp of the Chinese industry… We are I think at the beginning of something very exciting, but there’s still a lot to work out. It’s a case of watch this space.” 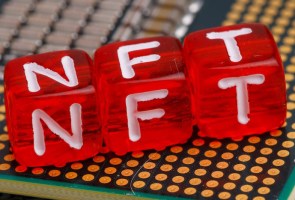