How can we prioritise mental health in the music industry?

For far too long, mental health issues were either dismissed or ignored by a music business that wallowed in the fact there was never an ‘off’ switch: seeing long working days and excess as part of the job with no thought for the consequences.

Fortunately, those dangerously archaic attitudes are starting to change. At AIM’s Indie-Con conference in London today, the Help Musicians UK Presents: Can Music Make You Sick? panel provided an important platform to debate these issues in public.

It followed on from Help Musicians UK’s report of the same name last year, where 2,200 people in the industry completed a survey on mental health issues. This panel brought together a range of people, including artists and festival organisers, to talk candidly and intelligently about their own experiences with mental health issues.

The fact that 70% of musicians surveyed said they had experienced panic attacks and anxiety and 65% said they had suffered from depression (three times the general average) means that it is no longer something the industry can sweep under the carpet.

Again and again, those on the panel reiterated that society in general needs to stop treating mental health issues as a taboo subject and that those experiencing problems need to be reassured that they are not alone as help is available.

“Mental health is still a taboo subject. If you break a leg, you can go to the hospital and get it fixed but if you are broken inside [that is a different matter],” said musician and BBC 6Music DJ Tom Robinson, who talked about his own nervous breakdown aged 16, and how he spent six years in a therapeutic community.

Robinson added that the fame he craved from a young age was a double-edged sword. “It was a case of a man who got what he wanted and lost what he had,” he said, talking of the pressure of people wanting a piece of you when you are famous but not caring about the person behind the fame.

Robinson said this all led him to a second nervous breakdown at 30 and a suicide attempt. “I don’t think my experience is that uncommon,” he said.

Sofia Genders, co-founder of End of the Road festival, said the pressure on people within the industry is a huge problem, where people are expected to work around the clock, surrendering their leisure time as a result.

“In the end, that’s not sustainable,” she said, adding that she is off work and recovering from chronic fatigue syndrome but was unaware of the warning signs until it was too late.

“I wasn’t listening to those moments where I could have changed my path,” she said, suggesting that the industry as a whole needs to be better educated about identifying and reacting to these warning signs as early as possible.

Lauren Aquilina was signed to Island Records but left her deal after her mental health issues became unmanageable for her. Her doctor said that the instability of her profession and the huge pressures on her as an artist and performer were the causes.

“The 100% pressure of being an artist mean you can’t switch off,” she said. The breaking point came, however, and she had to finally put herself first. “I made the tough decision to walk away from my record deal,” she said, having also to deal with the guilt she felt for making that decision.

“My mental health had to come first,” she said, explaining how she is now much happier working behind the scenes as a writer and being a campaigner to help others who might be in a similar situation to her when it all got too much. “I am trying to be the female role model I wish I had at 16,” she said.

Amy Studt had a similar experience and her stories stood a blunt reminder that the industry historically offered its artists no safety net. She signed to 19 Management when very young and then got a deal with Polydor at 14, being developed as a teen-pop star.

Studt said her mental health problems dated back to when she was 12 but she was not diagnosed as rapid-cycling bipolar until she was 25. That was after she had a nervous breakdown at 22.

“There were suicide attempts and I had to be put in an institution,” she said. “Luckily the institution had a piano.” So she played and wrote, with music helping to bring her the stability she needed.

Robinson spoke of the inherent irony here. “Playing music is therapeutic, but music as a career can be destructive,” he said. “But it doesn’t have to be.” He added that people on panels such as this can help change the conversation within the industry and remind people with mental health issues that they can make it through to the other side.

“We are here and we are functioning,” he said of those on the panel who had mental health issues. “There is a lot of positive stuff that can come out of this.”

Aquilina noted that when she posted online about walking away from her label deal, others in similar situations came forward to offer their support and tell their stories. “If that had been the case six months earlier, I might not have quit,” she said.

On what the industry needs to do here, Genders said, “Change the standards and change what is expected of you.” She added that the industry as a whole needs to end this expectation that you have to work all the time. The industry also needs to be better attuned to the issues to that it can step in earlier and offer help where it can.

“What are the early warning signs and what are the things to look out for are?” she asked. “I just steamed through them.”

With music industry conferences often being all about doing deals, notching up success after success and getting to grips with a changing technological landscape, there is a lot of deification about charging relentlessly into the future.

Here instead was a hugely important panel that – in bold and brave terms – laid bare the all-too-human cost of that. 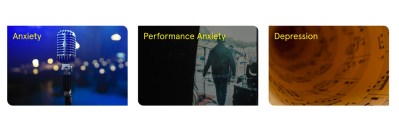 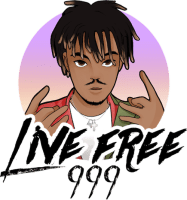 It’s Mental Health Awareness Month in the USA, and a new “testimonial awareness campaign” called “999 Stories of Mental Health” has been launched by Carmela Wallace