How to get your music played on BBC Radio 1

Music-streaming may be growing fast, but in the UK, Radio 1 still has clout when it comes to breaking new artists. But how can those musicians make it onto the airwaves.

As the producer of Huw Stephens’ new-music-focused show, and a member of Radio 1’s playlist committee, Kate Holder has some of the answers. She provided some advice in a presentation at the FastForward conference in Amsterdam this morning.

She started by giving a specialist show’s perspective. “It’s very simple really… first of all, is it any good? Seriously that’s the first and last thing you think of. Is it original… is it mixing genres or a weird beat we haven’t heard before, we really appreciate that,” she said. “And quality. If you’re going to be an indie band, you’ve got to be a really good indie band.”

Radio 1 closely monitors online buzz around bands, but that doesn’t guarantee airplay. “We don’t play everything that gets massive hype, because the other thing we have to think about is will our audience like it?” she said. A brand new country star might be brilliant, but wouldn’t be right for Radio 1, for example.

Where do the team for Stephens’ show find their tracks? “Blogs and tastemakers: a massive, massive source. They can take bigger risks because there’s unlimited space on the internet, they can talk about lots of tracks… It means we’ve got lots of music at our fingertips that’s already been filtered by someone,” said Holder.

Other DJs at Radio 1 will also bring music to the team, while the BBC Introducing initiative for emerging artists also throws up gems. Industry contacts like A&Rs, festivals and live gigs, and then radio pluggers.

“At this stage, getting played on a specialist music show, no… For me it’s about prioritising, getting to know people, trusting my sources. If you’re gonna get a plugger, which is definitely worth it for higher up the chain, you want to go for a good one,” advised Holder.

“Good pluggers have good relationships with programmes and they know what we go for… If you’re paying someone to send me an email, you’re wasting your money.” She showed a screenshot of her inbox with nearly 11,000 unread emails to illustrate this point.

.@katefholder from Radio 1: "If you're paying someone to send me an email, you're wasting your money". Here's why… #FFWD2017 pic.twitter.com/1tySi59gqJ

What about getting on to the wider Radio 1 playlist? Quality again, but also “will it bring the artist and us any new fans?” said Holder. “We’ve got to think about whether they’re a Radio 1 regular, although sometimes there are one-hit wonders doing amazing things… and sometimes we champion new artists.”

Relevance to the audience is also vital. “This comes into pop more than anything… Are they are a yaaaaaaas or a whooooooo?” said Holder. “Also we do look for evidence of growing fanbase, particularly with new artists. We need to be able to show the rest of the team that this is a goer, that it’s not just going to die a death… I feel like a plugger in many ways going into those meetings and pitching something we’re passionate about.”

Another question: “Is the artist ready? This is really important: we don’t want to add someone before they’re ready for it… we don’t want to blow it for them,” said Holder. “Do we look at all the stats? It depends, if you’ve got an argument together and a killer stat, you’re going to use that… But it’s very rarely the whole story… They do help for comparing artists in the same lane for instance, or to see whether that fanbase we’re talking about is out there.” 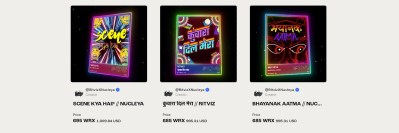 Ritviz turns to radio instead of Reels for ‘Baaraat’ release

Indian electronic pop artist Ritviz has tied up with a more conventional promotional platform to unveil the release of his upcoming album.
Read More 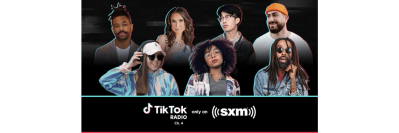 US satellite-radio firm SiriusXM has launched its TikTok Radio station, which is an official partnership with ByteDance's social app.
Read More

US satellite radio firm SiriusXM reported its latest financial results overnight, with its Q2 revenues of $2.16bn having grown by 15% year-on-year.
© Copyright Music Ally All rights reserved 2021 - Website designed and maintained by