Warner Music UK is trying something interesting: a ‘streaming-first’ sub-label called Artists To Watch Records, which has got up and running this month.

The label has launched a playlist on Spotify (through Warner’s Topsify brand) that currently includes four tracks by artists Tim Gartz, Shavi, MARC and SRNO.

Update: Warner has now officially announced the label, which will sit within Warner Bros Records UK, and will be run by VP of global playlists strategy and curation Kieron Donoghue.

Donoghue joined WMG when the label group acquired his startup Playlists.net in 2014, and he has since continued to run that site, as well as overseeing the Topsify brand.

“Kieron has a great perspective on the streaming marketplace and the fact that hit tracks can now come from almost anywhere. Artists To Watch Records will find fresh talent, react quickly and harness the power of streaming to help create big hits,” said Warner Bros Records UK president Phil Christie in a statement.

Donoghue explained the new imprint’s ambitions. “Artists To Watch will use algorithms that we’ve developed to make sure we’re early to tracks that are starting to heat up,” he said.

“We can then support artists with marketing and through our wide range of global playlists to help the songs get lots of attention.”

It’s a new angle on how major labels are using streaming to test the demand for developing artists, although it’s not the first example of machine-learning being used to identify breaking talent on streaming services.

British startup Instrumental started life mining YouTube data to spot emerging musicians and sign them to deals, although it has since diversified into using that data to connect them with brands too. 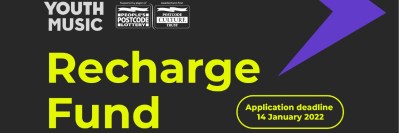 UK charity Youth Music has launched its latest fund aimed at young people and the music projects supporting them. The Youth Music Recharge Fund has £1.75m to share out between around 40 music organisations across the...
Read More

The UK has emerged as a bellwether country for the debate around the music streaming economy and artists' earnings.
© Copyright Music Ally All rights reserved 2021 - Website designed and maintained by