Spotify has made another acquisition of a startup: Paris-based machine-learning firm Niland.

“Niland has changed the game for how AI technology can optimise music search and recommendation capabilities and shares Spotify’s passion for surfacing the right content to the right user at the right time,” announced Spotify in a blog post.

“The team from Niland will join our New York office and help Spotify continue innovating and improving our recommendation and personalisation technologies resulting in more music discovery which benefits both fans and artists.”

This is just the latest acquisition for Spotify as it cherry-picks from the pool of music/tech startups. In March, it bought British firm Sonalytic, which had developed music-identification and TV/radio-monitoring technology. The same month, it bought content-recommendations startup MightyTV, then in April, it acquired blockchain startup Mediachain.

Niland was founded in 2013, and according to its website is “an AI startup offering high performance music search and recommendation engines to innovative music companies”.

The startup claimed its technology took less than a second to analyse a track, and had clients including Jamendo Music, Fontana and 1dTouch.

One of its most intriguing recent experiments was a ‘playlist bot’ called Scarlett. It lived on Twitter, and you could ping it with your SoundCloud profile URL to get back a playlist personalised based on the tracks you’d liked.

Here’s more from Niland’s site about what its technology did:

The research is oriented towards two main areas: estimation of similarity (music2vec) and classification of tracks. Up to recently, none of the technologies at hand were sufficiently powerful for the requirements of the music industry. As researchers at the IRCAM Institute, the idea was born to try to beat the state of the art in music recommendation. Today we have reached our goal and we can proudly entitle ourselves world leaders in the area.”

The company sounds like a good fit for Spotify. 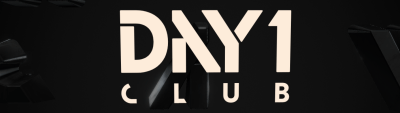 "Have you been listening to your favorite rappers since Day 1?" asks Spotify's latest spin-off website, complete with a big red button tagged 'Prove It'. Proving it involves signing in to Spotify to be told which hip-hop...
Read More

We reported yesterday on the ruling by the D.C. Circuit Court of Appeals on the appeal by Amazon, Google, Pandora and Spotify against new songwriter royalty rates set by the US Copyright Royalty Board. The decision was seen...
Read More

Last month, Music Ally took part in the BPI and ERA's New Kids on the Block online event, looking at children's digital habits and what they mean for music. Research company Kids Insights produced a report for the event...
© Copyright Music Ally All rights reserved 2020 - Website designed and maintained by