Brussels has long held a magnetic draw for music companies and their representative bodies, and technology companies alike. From copyright-reform lobbying to funding schemes, Europe remains a hive of activity.

Among the topics for discussion were the Creative Europe and Music Moves Europe initiatives. Reicherts was interviewed by Music Week editor Mark Sutherland.

As the Treaty Of Rome (which established the European Economic Community) turns 60, the future of Europe and the economics underpinning European culture were always going to feature heavily in Reicherts’s keynote and Q&A.

She used her keynote to outline her vision for a music business equivalent of the EU’s MEDIA programme (designed to support the European film and audiovisual industries), under the banner of Music Moves Europe.

“We have started to work on a programme whereby we would have a similar MEDIA programme for music,” she said, adding that it has three years to talk to the industry to decide what to put in this programme.

“This is not a quick fix and we will not save the world immediately,” she cautioned. “But in three years’ time we can make it better. The plan is to replicate the success story of MEDIA.”

The time, she felt, was ripe for something like this to be put in place. “We would like to create a specific European programme to support the music sector. We have our programme supporting the movies. Can’t we do the same for music?”

Reicherts talked also of a change in attitudes within Europe, where people are increasingly proud again to be European after the idea of Europe had been sullied for a while in their collective minds.

“It means it makes the Europeans wants to make Europe great again,” she said. “Isn’t that this the new renaissance of Europe? We are proud again to be Europeans.”

She added that the music business needs assistance to rebuild itself and this is where the MEDIA-style programme could step in.

“You in the music sector have a very big crisis,” she noted of 15 years of recorded music decline starting at the turn of the millennium. “That is why we came back to music. Music is universal even though it can be very local. This sector is recovering. You have new business models and systems. You are, in a way, the leading sector.”

Reicherts also addressed the value gap , even if she did not mention any companies directly.

“I have a dream – I would like our youngsters to be able to make their living out of their creations and their music,” she said. “People are used to getting things for free – but there is no free lunch. If you can’t find a way whereby the youngsters can make their living out of their music and their art, in five years or 20 years there will be no European music. We need to address this issue – not only for the sake of making jobs but also for the sake of keeping this cultural diversity in Europe. This is one of our fundamental values.”

In the Q&A that followed her keynote, Sutherland asked if it was harder today for musicians to make a living from their art.

“I would nuance this a little bit because I think it has always been difficult,” she replied. “The great names of yesterday were always able to make it. The problem has always been for the starters. This is not just about the value gap. This is about changing the system.”

For her, the emphasis should be on making sure the writers and creators are paid. “We need to think about the models so that you don’t pay for the container but you pay for the content,” is how she put it.

Asked about Brexit, she said she had to tread carefully in regard to what she could say. “Brexit is a difficult moment for Europe,” she said. “We will miss the UK. My only hope is we will be able to negotiate nicely.”

Finally, when asked if other industries in Europe might need help more than the music business and be annoyed that music was getting preferential treatment, she was blunt in her summation, the subtext being culture is a key part of Europe’s identity as much as its economy.

“You can’t please them all,” she said. “I will never get 100% of positive answers on this. Even Jesus ended up on a cross!” 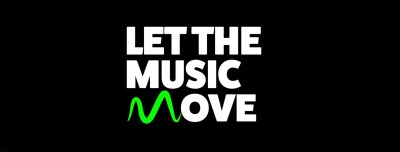 Partially due to the impact of the pandemic, the UK has still not experienced the full implications of Brexit – which officially began in January. Since then, there has been deep consternation amongst touring artists...
Read More 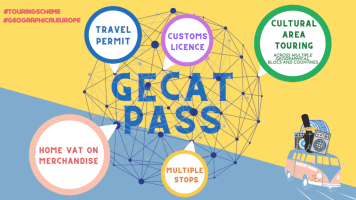 Amid the ongoing wrangles about how and when live music can return safely in various European countries, it’s important to also remember the separate (but just as debilitating) wrangles around how British musicians can...
© Copyright Music Ally All rights reserved 2021 - Website designed and maintained by