What can blockchain really do for the music industry? (#midem)

It is a truth universally acknowledged, that a music-industry conference in possession of a good audience must be in want of a blockchain panel.

Goossens sketched out the basic terminology: blockchain as a database maintained collaboratively by a number of participants, with a ‘consensus mechanism’ used for agreement on how to update that database, and complex cryptography to ensure that agreed modifications are made unchangeable, for example.

She talked about open-source, public, blockchain-based distributed computing platform Ethereum, as well as the Hyper Ledger open-source collaboration hosted by the Linux Foundation; and the idea of shared processing power across a pool of ‘miners’. “Basically this is spending the energy that is necessary for the blockchain to run. Think of it as the cost of blockchain,” said Goossens.

Finally: smart contracts: applications that run exactly as programmed to execute actions based on a set of pre-agreed rules, without possibility of downtime, censorship, fraud or third-party interference.

De Ninni talked about Mycelia: “a growing collective of music professionals, music lovers and tech partners,” she said of the initiative founded by musician Imogen Heap. “We are like the artist voice in these kind of developments and topics. We position ourselves as researchers: we are absolutely neutral… tech-agnostic and blockchain-agnostic,” she continued.

“Our main focus is to research on the applications of smart contracts, not only a database. A little bit more focused on the remuneration, the transparency, and having an ecosystem that is a little more artist-centric.”

“Essentially what blockchain represents is a new internet,” said McKenzie. “If you think about the internet arriving in 95, it’s taken us 20 years to figure out what the ideal [music] business model is for that, which is streaming… With blockchain, we need to build a new stack for media and music.”

Rogers talked about the analogy comparing blockchain to Google Docs, where people can make changes to documents, which are recorded in a change-log – with others able to be invited to collaborate on the docs.

“But Google owns the data that is being created,” he noted. “Blockchains force action… If I were to make a statement about a work that I own in a blockchain, and I were to send it to you Sophie, you have three choices: yes it’s correct and I agree, no it’s not correct, or ignore it, which means it’s correct.”

“What blockchain may bring to the table is something you cannot ignore, because ignoring it is the same as accepting what’s there on the table is truth… A blockchain-based system at scale could force people to work with it, in a way that exposes them to decentralisation and transparency, arguably whether they like it or not.”

Bailer talked about two thought processes. “If a work comes to life and is recorded the first time… there will be one dataset that contains the music, and who owns what in this asset. And then if anything changes in the future, that obviously will be recognised in this file. That’s pretty cool,” he said.

But the second process is figuring out what happens to the millions of works that are already out there in the wild: a single work is represented in all kinds of different datasets spread across rightsholders and collecting societies. “That’s something that creates a large amount of data that is not cleaned up, as of now. It’s hard to see who owns what… It will create a big confusion within the publishing world.”

McKenzie agreed. “Blockchain is just a way to connect information. The problem is that today, the information isn’t connected… this is the core problem of rights in the music industry. That’s where we need to focus,” he said.

De Ninni brought up the spectre of the failed Global Repertoire Database, but also talked about the opportunities for artists around blockchain. “Metadata for instance, and the ability to have this huge database which not only has who’s got what and all the splits, but literally teaching artists and their representatives to the table. There could be more incomes coming from that data… you can imagine a lot of new applications that could bring new income streams,” she said.

Rogers pointed out that today, artists have to instead express their rights into a range of rightsholders and bodies, with their music released in formats they do not control. “Artists consistently give their power away to larger companies and hope that they do the right thing,” he said. “Where does an artist literally write in ‘this is who I am, this is how I want to define myself’. The idea of a smart song, a smart asset, is immensely powerful if that asset is anchored to the blockchain.”

Goossens asked about the concept of a permissioned blockchain versus a permisionless blockchain, and how that relates to the music industry.

McKenzie. “The permissionless blockchain question is a bit of a misnomer, in the same way that when the internet first arrived… the first thing companies wanted to do was to build intranets. What you’ve seen is that entire idea has shifted so much,” he said. “We don’t think of something like Slack as an intranet… We think of Slack as being an application running using the internet. It does that in a completely private environment, but it can be made public.”

His point: blockchain technology can be the same: as private or public as its participants want it to be. Meanwhile, Rogers suggested that a public blockchain could be very powerful for sectors of the music business like sync, but more permissioned blockchains might be suitable for organisations like collecting societies who need to keep some data private.

Sacem’s Costaz said his organisation is using a permissioned system, partly for security, and partly to be able to assign different permissions to different partners, according to their needs. De Ninni talked about Imogen Heap’s experience on a small scale with a permissionless system, but agreed that this may not suit all uses.

“If we have to imagine something on a bigger and greater scale, it might be tricky. Not everyone is willing to share how much they earn. Go to Beyoncé and ask her how much they paid her to play the Super Bowl! So a permissioned blockchain could be helpful, not to hide, but to show the things to the people you really want to share with.”

“We have to wait to see how this thing scales, and there’s lots of people trying to do that right now,” said McKenzie.

Are there concerns about blockchain systems being hacked? Infamously, a scheme called The Dao was hacked for example, while other bitcoin institutions have made similar headlines. What are the risks for the music industry?

“The hack of The Dao is a very incorrect way of looking at it,” said Rogers. “If there are 19 or 20,000 computers running a blockchain, you’d have to hack all of them at once, essentially, to take the blockchain down… We have to run forward at this technology, because I don’t think we have that much time to get it right as the music industry. There’s always going to be a risk to it… And if you have a combination of public and private, it’s going to be harder to hack both those layers.”

Costaz agreed, in part. “There is this risk, so we have to take care of this risk, and move at a good speed and be careful enough,” he said, suggesting it’s another reason why Sacem has opted for a more private form of blockchain. Rogers noted that a bigger worry in terms of online security should be someone taking Amazon’s servers down, rather than hacking a blockchain system.

“The cost of doing business in the music industry is incredibly high. And one thing the blockchain will do is bring down the cost of trust… It’s 2017, and if a VR company wants a song, they have to phone people. That’s an absurdity of this business that is starting to be fixed,” added Rogers, as the conversation moved on to benefits again.

“If everyone’s pushing towards it, it’ll be messy, but that’s okay. Because innovation tends to pop out of the mess… What’s great about blockchain thinking is it does revolve around a whole bunch of people solving a really difficult problem. That’s the exciting thing.”

“And to put the artists first is true and right,” concluded Bailer. 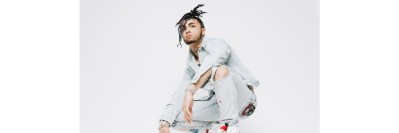 Opulous to sell ‘S-NFTs’ for artists Lil Pump and KSHMR