Update: after this story went live, Spotify also published its 2016 financial results, revealing revenues of €2.93bn and a net loss of €539.2m.

Spotify now has more than 140 million active users, but the company is not saying how many of them are paying for a subscription to the music-streaming service.

The company announced the milestone on the eve of advertising conference the Cannes Lions, where it will be courting brands and agencies – and thus where its overall reach will likely be a more important metric than its paying subscribers.

“This is a particularly meaningful development, as our brand partners now have a bigger opportunity than ever to activate Spotify’s free user base,” blogged its VP and global head of ads monetisation Brian Benedik.

“Spotify’s high-velocity audience growth cements our place as the leading media platform for music, fans and brands. As our global monthly active user number continues to climb, more consumers engage with us across their day and devices.”

The 140m milestone comes almost exactly a year after Spotify reached 100 million active users. Its most recent public figure for subscribers came in March 2017, when it passed 50 million subs.

(The company offered similarly-staggered milestones last year, announcing 30 million subscribers in March and then 100 million active users in June for the Lions conference.)

Adding 40 million active users in a year means – and no, we don’t need super-advanced maths for this – that Spotify has been adding an average of just over 3.3 million new users a month over that year.

“It’s an exciting time for our Spotify global advertising business. We launched our free, ad-supported tier on mobile three years ago, and the business is still growing fast with more than 50% year over year growth in 2016,” he wrote.

“As brands are catching on, I’m really excited about the creative opportunity. Brands can mine new audience insights for inspiration and explore dynamic, innovative messaging. When you pair the emotional power of music, podcasts, and videos with engaging ad formats, the creative terrain is rife with possibility.”

There is also evidence that Spotify may be planning to allow brands to sponsor individual tracks within its service.

Music Ally contacted Spotify to ask about sponsored songs, and the company’s spokesperson provided this response: “We are always testing new ways of putting the right music in front of the right audiences. But we don’t have any more information to share right now.”

We suspect the topic will come up during Spotify’s meetings with brands and agencies in Cannes, however. 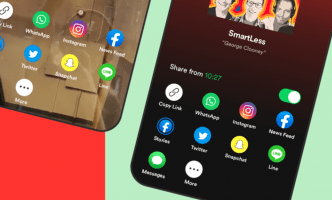