He’s been giving some hints about the company’s future strategy in a speech at the Bernstein Future of Media Summit.

“We believe that the primary listening experience is passive, for most people, meaning 90 percent of the time you just want to listen to music you like,” said Chopra. “It’s not about picking songs you like and building playlists.”

He also suggested that Pandora’s future prospects do not depend on competing directly with on-demand streaming services like Spotify and Apple Music.

“We don’t need to go into hand-to-hand combat with all of those players as though we were entirely dependent on the subscription business.”

While Chopra’s comments do not necessarily signify an end to Pandora’s on-demand ambitions, he did seem to be focusing more on the ad-supported side of Pandora’s business: and the potential to attract even more traditional-radio listeners over to it, in partnership with new investor Sirius XM.

Pandora is facing another lawsuit over comedy copyrights

The music industry has seen a fair few controversies over the licensing of music publishing rights by streaming services.
Read More 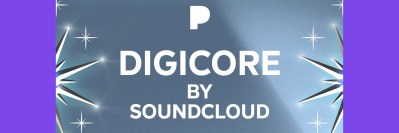 In one sense, SoundCloud and Pandora are rival music streaming services, but they've had an increasingly close relationship in recent years