Aided by a Justin Bieber-starring remix, the song has now been streamed more than 4.6bn times across “leading streaming platforms”, which UMG says makes it the most-streamed song of all time.

In fact, the previous record-holder was Bieber’s own ‘Sorry’ and its various remixes, which notched up nearly 4.4bn streams.

What’s interesting here is the role played by YouTube, currently under pressure from the music industry over safe harbour, but also a piledriving force behind global hits like ‘Despacito’.

Of the song and its remix’s 4.6bn streams, 1.18bn have come from Spotify according to that service’s public stats: 563.2m from the original version and 619.2m from the remix. That means Spotify has accounted for around 26% of the total figure.

The maths required to calculate the likely revenue from those video streams versus, say, Spotify are highly speculative. It’s certainly interesting that 93% of Despacito’s record-breaking streams have come from those two services, though.

Make of all this what you will, according to your standpoint in the ‘value gap’ debate. From one side, it’s more proof that YouTube can play a key role in breaking massive, global hits that also fly high on platforms with higher payouts. YouTube as a rising tide that floats all the industry’s boats: including those outside its safe harbour, if you will.

From the other side, there may be the argument that YouTube accounting for two thirds of streams of the most-streamed song ever supports the calls for the service to be taken down a peg or two at the negotiating table, giving rightsholders more leverage to push for higher-payout licensing deals with YouTube.

Outside all this, though, there’s another implication to think about. ‘Despacito’ is the case study of a track from Latin America breaking globally. Yes, a big US pop star was a factor in that, but with markets like Mexico and Brazil driving large and rapidly-growing volumes of streams, Fonsi and Yankee’s hit won’t be the last track to follow this path.

Warner Music execs have coined the phrase ‘hits can come from anywhere and break everywhere’ in the streaming age, with Latin America usually the continent they’re talking about. The success of ‘Despacito’ hints that even recording those hits in English may not be as necessary as it was previously assumed to be.

For now, Universal Music is buoyant about the implications. “Luis Fonsi already had the undisputed, biggest song of the year – and now he’s setting even bigger records,” said chairman and CEO Sir Lucian Grainge.

“Streaming has opened up the possibility of a song with a different beat, from a different culture and in a different language to become a juggernaut of success around the world.”

If you’d asked us to guess the most viral video on TikTok this year, we’d probably have said the skateboarding Fleetwood Mac guy. But no, @420Doggface208’s cranberry-swigging clip is playing second fiddle...
Read More

YouTube premieres have been playing an increasingly prominent role in artists’ and labels’ music video strategies this year, and now YouTube is hoping to supercharge that trend with some new features. ‘Live...
Read More 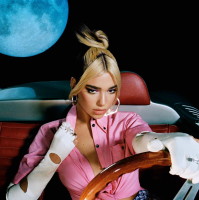 Dua Lipa’s ‘Studio 2054’ online concert was excellent on Friday, but was it successful? Early figures from the organisers suggest that it was, with more than 5m estimated views. That’s a number that...
© Copyright Music Ally All rights reserved 2020 - Website designed and maintained by