The first time Music Ally heard about Mycelia was in July 2015, when musician Imogen Heap talked to Forbes about her hopes for “a fair, true, bright and shining home for music” supported by blockchain technology and cryptocurrencies.

That year, Heap put her ideas into practice with the release of ‘Tiny Human’, working with startup Ujo Music to make the track and its stems available to buy with the ether cryptocurrency, while using a smart contract to automate the division of its revenues with her collaborators.

Two years on, Mycelia has evolved into a “think and do tank” which conducts research and also runs hack days and campaigns to put artists at the centre of new technological developments, rather than on their fringes.

Carlotta De Ninni, head of research, says that Mycelia is working hard on its research projects, including one that, while not directly blockchain-related, ties in to some of the key themes around this technology – metadata sharing and transparency.

Called The Life Of A Song, the project will dissect Heap’s song ‘Hide & Seek’: the biography of how it has been released and interacted with over its 12-year life out of her studio; the breakdown of its rights and split percentages; and Heap’s income from the track.

The latter will include areas like sales, streams, syncs and radio spins through to how it has been used in other works, from Jason Derulo’s ‘Watcha Say’ to YouTube meme Dear Sister and the theatrical production Harry Potter & The Cursed Child.

“The ultimate goal is to explore and visualise how the current global music industry works through the lens of a song, creating a web application that is going to essentially show these three major segments – the biography, the song’s breakdown, and the revenue breakdown. This would allow [individuals] to highlight both what is actually working very well and also the grey areas in the system,” says De Ninni.

Another Mycelia project that has been put on hold for now is an attempt to rewrite some of Heap’s existing contracts to be blockchain-friendly smart contracts.

“Essentially it would just keep the splits the way they are, but then reproduce the contract and the splits on a smart contract, for various use cases as a little experiment,” says De Ninni.

“We hope it will show people the huge benefits of cost savings at the very least to sharing, essentially, an accounting and rights-management system. We are going to want organisations to help creatives verify and check that the legacy and existing works are indeed registered true and correct.”

“It’s been put on hold until now because there’s one major issue with smart contracts, which is that they are not legally binding, so if anything goes wrong, you cannot go to court. It’s not a proper contract: it’s a programmable transaction.” 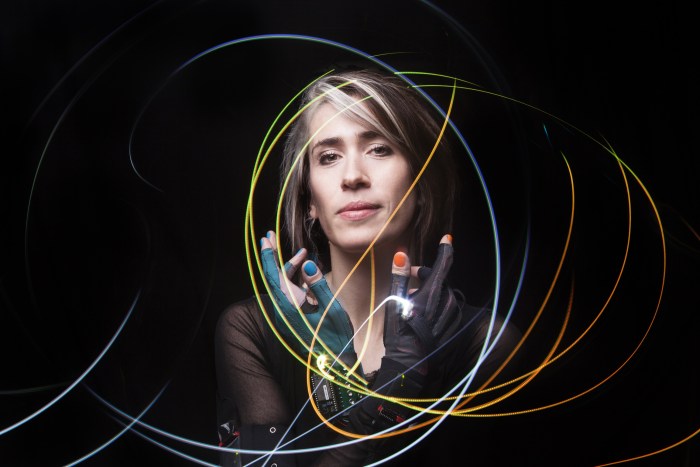 However, De Ninni is enthusiastic about an initiative called Mattereum, which has just published a white paper outlining its ambition to create “smart contracts with the legal force of natural language contracts”.

It’s not just for music: it could be used for various kinds of intellectual property, physical property and perhaps even real estate transactions.

“They are offering a way thanks to something called a Ricardian contract, which links normal contracts with smart contracts, and an arbitration system. So if anything happens, you can go to an arbitrator and eventually to court. It’s a real game changer,” says De Ninni.

This illustrates one of the valuable things about Mycelia: by exploring what artists could do with blockchain technology, it’s uncovering some of the current barriers and problems, as well as seeking out potential answers.

De Ninni says that it’s an exciting time for artists to be wrestling with these issues and exploring what blockchain technology (and its startups) can offer them.

“A lot of artists are really successful entrepreneurs. You can’t treat them like they’re dumb! Artists have got frustrated over the years when they go to talk with some labels and feel like they’re being kept in the dark, or even like the crazy artist who just cares about sex, drugs and rock ‘n’ roll. That’s really not the artists of today, however, as the ones I’ve met are savvy and very interested in participating in the future of their industry generally,” she says.

De Ninni stresses that not all rightsholders try to shut their artists out of business and technology discussions, but notes that there are a growing number of artists who are intrigued by blockchain technology in particular.

“They want to understand. I receive emails every day saying, ‘I want to put my music on the blockchain, what shall I do?’ I have to explain that it’s not that easy yet,” she says.

“You can’t just put your music on blockchain; you need a service that does that for you. And there are some services that do it, but the problem is that the technology is often not ready yet.”

“A lot of services have amazing white papers saying, ‘We want to do this and that’ – but they haven’t done anything yet. They just pitch great ideas. It can be tricky to understand who’s actually doing stuff and who has amazing ideas but has yet to start. Not that ideas are a bad thing, but you have to understand what stage different startups are at.” 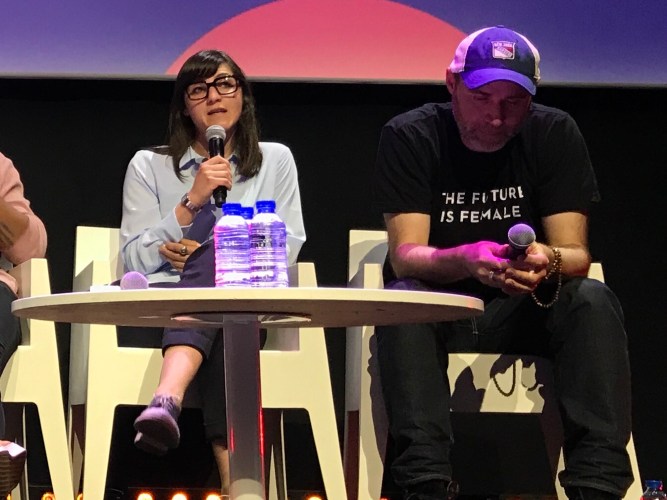 De Ninni often finds herself explaining to artists that blockchain technology isn’t “the ultimate thing”, but is rather the potential backbone for a range of services and applications that could help them.

She hopes that, in 2017, the industry discussion around blockchain is shifting away from the technology itself and more towards what can be done with it.

“We’ve been focusing on the how: how you could do stuff. But we need to focus on the why. Why do we need blockchain? Then it’s less important to get caught up in how it works. I have no idea how the internet works, but I just know you can do stuff with that,” she says.

“People are breaking their brains to understand how blockchain works. And it does make sense: it’s fine if you want to learn that. But now we’re starting to focus on why we need it, and what we can do, rather than just the hows.”

At the Midem conference in June, De Ninni talked about blockchain technology’s potential to fuel “a lot of new applications that could bring new income streams” for artists.

“It’s good to think about what’s going to be next. Even if you just think about all the data around songs and people, you’ll have a lot of services that at the moment are not possible,” says De Ninni now.

One example she’d love to see involves “localisation of the songs” using data on where those songs were written, as provided by the songwriters themselves.

“Take a city like London: there are thousands of corners or coffee shops where hits were written. If we had a database with this kind of information, I could download an application for £1 that offers people going to a city some smart itineraries according to where their favourite songs were written – or go into discovery mode for music you haven’t heard yet, related to where you are and the places around,” she says.

“But to get that information on the localisation of the songs and the history around them, as a service I would have to pay, and so a split of that money from the music-accompanied guide would go straight to the songwriters and musicians for adding that data and also for their songs: an income stream that we haven’t even thought about before. Why? Because we don’t have a database for the songwriter to put that information.”

Such a system wouldn’t have to use blockchain technology, De Ninni adds, but it’s an example of how such a database could fuel new ideas for music applications.

She’s positive about the potential as well as pragmatic about the way blockchain startups can work with the music industry, rather than just disrupt it.

“Two years ago when everything started, there were a lot of people saying, ‘Fuck the system! We don’t need anyone any more: labels, publishers, collecting societies. We just need the blockchain, artists and fans, with no middlemen whatsoever,’” she says.

“A lot of startups said that, but the problem was they were tech people, and they had no idea how the music industry worked. But when they investigated, they often changed their opinion: they realised that many artists still need a label, a publisher and a collecting society still.”

She concludes, “It’s more that those companies need to provide value. If you provide value, it’s good that you take your cut: you are providing an efficient service for your clients. If you are there just because you used to be there, but you’re not providing value, then that is what the issue with middlemen is.”

*Learn more about how to successfully incorporate podcasts into your content strategy   Podcasts are firmly part of our media diet – with some turning into huge brands and others happy to cater to the most niche of...
Read More

Spotify launched its ‘Artist Fundraising Pick’ feature in mid-April, enabling artists to raise money from their Spotify profiles either for themselves and their teams, or for one of the charitable funds and organisations...
Read More 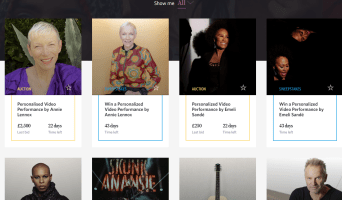 Artists chip in for The Circle’s Covid-19 relief auction

Charity The Circle, which was founded by artist and activist Annie Lennox, has launched a global music auction to raise money for its Covid-19 Emergency Appeal. The charity is raising funds for women and girls who’ve...
© Copyright Music Ally All rights reserved 2020 - Website designed and maintained by