ASCAP and BMI are fielding criticism for not including other US performing rights organisations (PROs) in their partnership to create a new database of song rights.

Sesac and Global Music Rights are both currently not involved in the project, and that has drawn a cross response from member of the US House of Representatives Jim Sensenbrenner, who has been playing a prominent role in American politicians’ latest drive to regulate music-industry licensing practices.

“Despite claims from BMI and ASCAP that they have been working on this joint database for the past year, they have made no effort to cooperate with Members of Congress on the issue,” said Sensenbrenner in a statement.

“Further, such a database would be incomplete due to the lack of participation from all PROs.”

Sensenbrenner would rather such a database be established through the US Register of Copyrights as a third-party entity.

“If BMI and ASCAP were serious about establishing a music database, not only would they have spoken to my office and other interested Members of Congress about their plans, but they would have also included their fellow PROs in the initiative,” he said.

“With their announcement today, they are grasping at straws; trying to maintain power over a failing process that only serves their interests, not those of the American consumer.”

“Diversity on the charts, but not in executive ranks of music companies” is the top-line finding of the latest report on music industry diversity by the USC Annenberg Inclusion Initiative. It’s a study of 4,060 executive...
Read More

Good news for TikTok: US president Joe Biden has revoked the Trump administration’s executive orders that could have banned the app (along with WeChat, Alipay and other apps of Chinese origin) in the US. However, these...
Read More 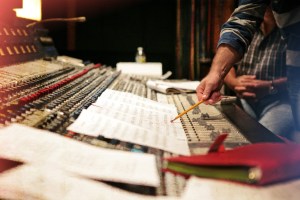 MLC collects over $40m in first month of operations

The US Mechanical Licensing Collective (MLC) is up and running, collecting and matching publishing royalties from streaming services. The organisation has revealed details of its January collections and distributions, with...
© Copyright Music Ally All rights reserved 2021 - Website designed and maintained by