‘See You Again’ share up for grabs on Royalty Exchange

Wiz Khalifa’s ‘See You Again’ was a monster hit on streaming services, including unseating ‘Gangnam Style’ as the most-viewed YouTube video – at least until ‘Despacito’ turned up.

Now the track has become one of the most high-profile songs to appear on Royalty Exchange, where a share of its digital-performance royalties is being auctioned off by one of its backing singers.

“Up for auction is 100% of the seller’s interest in domestic sound recording performance royalties, and 30% of the international royalties,” explains the listing on the site. “The vast majority of royalties come from digital streaming on platforms like Spotify, Pandora, Google Play, and Sirius XM Radio.”

The listing explains that the backing singer made $11.7k from performance royalties for the track in the last 12 months. With a starting price for their share of $30k, bidding is up to $34k – although that’s just five bids so far – with three days left.

Royalty-collecting startup Songtrust is finishing 2019 by revealing some new figures on the growth of its business and the creators it represents. The company, which is a subsidiary of Downtown Music, says that the royalties...
Read More

As Spotify launched the artist-focused element of its Wrapped 2019 promotion yesterday, the streaming service also offered some new statistics. More than 1.2 million artists were listened to for more than 100 hours on Spotify...
Read More 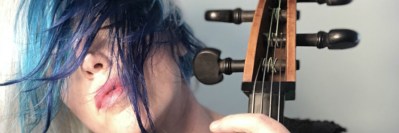 Independent musician Zoë Keating has been one of the key sources for anyone trying to understand the music-streaming economy for many years now. She first published her sales and streaming data (income included) in...
© Copyright Music Ally All rights reserved 2020 - Website designed and maintained by