At our NY:LON Connect conference in January this year, Dot Blockchain boss Benji Rogers caused a stir by making the confident prediction that “we’ll be at $100bn a year as an industry in two years” – albeit with the caveat that “it’s going to be really painful to get there”.

The company is predicting a global recorded-music market of $41bn by 2030, with $34bn of that generated by streaming; $4bn from performance rights; $700m from physical and download sales; $500m from sync; and $1.2bn from other sources.

Within the $34bn of music-streaming revenues, Goldman Sachs predicts that $28bn will come from paid subscriptions while $6bn will come from ad-supported streams. Given the global revenues of $15.7bn in 2016 (according to the IFPI) these predictions are encouraging for the industry, to say the least.

Goldman Sachs thinks that there’ll be 847 million people paying for a music-streaming subscription by 2030, and suggests that major labels will be making hay from the growth in particular.

The company’s report also puts valuations on Universal Music Group ($23.3bn) and Sony Music Entertainment ($19.8bn), predicting that by 2030, Universal will be pulling in more than $15bn of annual revenues on its own, including $11.1bn from streaming.

As ever with this kind of report, the numbers are well-argued but unprovable until we get to 2030 and look back.

But the fact that the likes of Goldman Sachs are putting out these kinds of numbers will have an impact on the industry in the shorter term, from startups in and around the market seeking investment to the burgeoning market in sales of rights catalogues – and some of the new investment models emerging around those catalogues.

Cautious optimism remains a more sensible attitude than getting too carried away with big-number forecasts, but in terms of the way our industry is perceived within the wider financial community, these kinds of reports enhance the sense that the last two years’ growth for the recorded industry can evolve into a healthy and exciting longer-term trend.

Germany recorded music revenues up 5.5% in first half of 2022

It's not that long since the recorded music industry was feared to be in terminal decline in terms of its annual revenues.
Read More 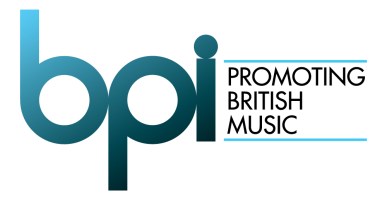