“If you look at the available data from a lot of very good surveys, around 60% of people in first-world countries would like to learn a musical instrument. Six-zero! But only a small fraction make that dream a reality…”

Dr Florian Plenge is one of the people trying to help, in his role as CEO of Berlin-based music edtech startup Skoove, which he co-founded in 2014 to “build an interactive, virtual music teacher that makes it accessible for everyone to learn to play instruments”.

Skoove’s first product focused on teaching piano through a web-based interface, then, after delivering more than 200k lessons, the company launched its native iPad app in March 2017.

Skoove’s users range from 12 to 88 years old, spread across 180 countries, and skewing slightly more male at this stage, although Plenge expects the gender balance to even up over time. The US is its biggest market, followed by the UK and Germany.

“Instruments have almost become a commodity today. You can buy a new beginner’s instrument for less than €100 if it’s a keyboard or guitar. But the education is the much-more costly element,” he says. 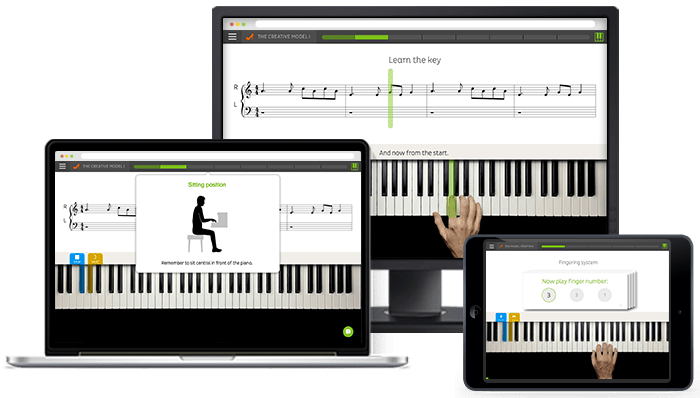 One of Skoove’s key features is the inclusion of improvisation and composition: it wants to get people making their own music, not just playing existing songs.

“For me, making music on my own was always a super-important element of learning an instrument. It’s great to learn songs that somebody else wrote,” says Plenge. “But it’s also fun, and important for your learning, to improvise and compose your own songs too. You’re missing out if you don’t.”

Like many of its rivals, Skoove is still relatively small with resources that must be carefully managed. Even so, Plenge has plenty of ideas for how this kind of service could develop.

One focuses on community features, from connecting people with particular difficulties with other users who’ve solved them, to helping users connect to make music together – whether online or offline. User-generated content is also a possibility.

“We as a small company can only bring so many arrangements and new music out every month, so it’s interesting potentially to have a community uploading their own songs. But then the quality may not be so great, so we haven’t decided yet,” says Plenge.

‘We could give people access to our editing back-end though, to offer lessons and course in our format. That could be an ambition for players or teachers, and this could also be a community.”

Plenge says that Skoove has had positive experiences so far working with music rightsholders, although like other music/edtech startups, he admits that securing deals with music publishers can have its challenges.

“The industry is fully embracing this as a new business. ‘Okay, very cool, I understand there’s an opportunity for us for new monetisation. Let’s find a good deal’. But finding that good deal takes too long,” he says.

“But I can understand that with the bigger companies, they have to have priorities. We don’t bring them million of licensing revenues at the moment: they have to build that with us, and they have a list of things to do. How much money does this make them tomorrow, rather than in one year?”

“I understand their thinking very well, and that’s fine: that’s how it is. As long as they don’t stop us doing what we’re doing.”

Plenge hopes that the music industry sees edtech as more than just a licensing opportunity, though. He makes the case for services like Skoove as beneficial to the industry’s long-term health in other ways.

“Yes, the licensing revenue is the obvious opportunity, but the big opportunity is that we’re creating more people that make music,” he says.

“Think of those 60% of people who would like to play an instrument: that’s a huge opportunity to lift the entire musical ecosystem to the next level, if services like us become as big as we believe they can be.” 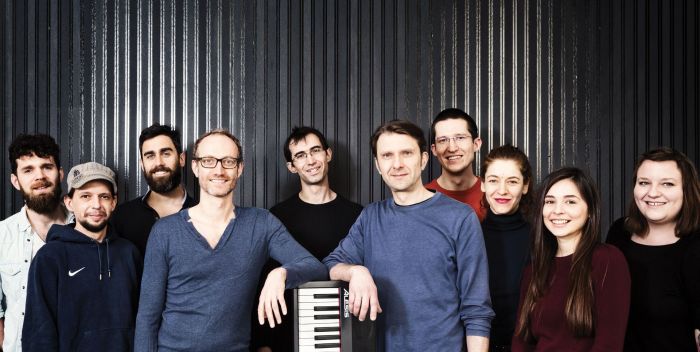 It’s still early days in terms of building sustainable businesses out of those services. Like other music/edtech startups, Skoove’s main income stream is currently subscriptions.

“My favourite sector to compare this with is language-learning, and we have seen there a subscription business popping up. And it’s a very established way to pay for music schools, so it’s just a case of that moving online,” says Plenge.

He suggests that the current global market for music education is worth around $30bn a year. “Even in Germany, there are two million people taking paid music lessons every month,” he notes.

“And then you have China, which is a huge piano-learning market. It’s the biggest market in the world for sales of pianos too. And in terms of apps, China has recently overtaken the US for the App Store, so it’s a super-interesting area.

For now, Skoove is trying to build its brand and community elsewhere in the world, including some marketing partnerships with bigger companies.

One deal bundles a three-month trial of Skoove with every piano, keyboard or keyboard MIDI controller sold by Amazon. Keyboard-maker Roland is also promoting Skoove in Europe when it sells new devices.

The company is also expanding its focus beyond the piano. “It’s no secret that we’re adding more instruments, although we don’t have a date on that yet. Guitar’s the next one that we want to do,” says Plenge.

More devices beyond tablets – iPhone and Android smartphones for starters – and more languages supported by the platform are also on the to-do list, as well as more personalisation.

“And the long-term, or even already mid-term vision for this technology, is that it will adapt in real-time to the user, to their personal learning history and strengths, and give them the best motivational experience.”

Artists turning up in your living room to play a concert is awkward at the best of times – what if you run out of teabags or biscuits? – but impossible under current social distancing rules in many parts of the world. Cue...
© Copyright Music Ally All rights reserved 2020 - Website designed and maintained by