Ticketmaster International’s SVP of insight and marketing Sophie Crosby has addressed the debate around secondary ticketing and online touting, criticising British politicians who launched an inquiry into ticket abuse in 2016.

“It’s ‘oh, my daughter couldn’t get a Harry Styles ticket’. This is what you’re going to spend your time doing as elected representatives?”

Ticketmaster has found itself in a sensitive position around these issues. The Live Nation subsidiary owns secondary platforms Get Me In! and Seatwave, but has also been working with artists on its ‘Verified Fan’ initiative to keep tickets off the secondary market.

While Crosby is unimpressed with politicians investigating the topic, she admitted that the secondary-ticketing issue is currently creating “bad sentiment from fans and bad sentiment from artists”. She outlined the challenges as Ticketmaster sees them.

“It’s really a case of supply and demand… You can’t force Adele to play the Royal Albert Hall every night for the rest of her life, but that means you’ve got some arbitrage there,” said Crosby.

“She might say ‘I don’t want to skin my fans, I just want to put tickets on sale for 60 quid’ but there’s going to be massive arbitrage there. They’re going to sell out really quickly.”

Noting that tickets for this kind of event can go for up to £24k on secondary sites, Crosby challenged the FastForward audience to examine their own morals if presented with a situation in which – for example, in the case of an artist like Adele – they could make that kind of profit from selling on tickets.

“But it leaves a bad taste in the mouth: real fans feel they’re missing out on tickets… you’ve got speculative listings on resale sites, it feels very unfair, and artists don’t want to do that to their fans.”

“We recognise we want to be part of the solution. We want to work with the industry and talent to solve this. It’s the fans who are missing out, because some bloke in a sheepskin coat or someone running a bot farm out of the Ukraine – or Basingstoke – is getting the tickets.”

Ticketmaster’s strategy is a mixture of technology to try to separate fans from touts when making tickets available for pre-sale – this is where Verified Fan comes in – and encouraging artists to try airline-style ‘dynamic pricing’ for at least a portion of their tickets.

“If you were on an Easyjet flight together, you wouldn’t necessarily think you’d paid the same money,” said Crosby, although she admitted that if music fans had been asked for their views on similar pricing for concert tickets a decade ago “people would have been very anti”.

Ticketmaster’s own customer research suggests that 35% of event attendees now “agree price fluctuating by demand is the way forward for live entertainment”. 44% say they’d happily pay extra if their seat is worth it, while 37% are happy to pay a premium just to guarantee a ticket.

“If we take this temperature in another couple of years, we’ll see all those numbers go up is my guess,” said Crosby, who added that initiatives like Verified Fan and tickets that require the buyer to present their credit-card when entering the venue “might be the future of a lot of very popular on-sales”.

Dynamic pricing will be an important plank in this strategy too, though. While a large proportion of tickets might be pre-sold to identified fans, a portion would be set aside with a price that fluctuates according to demand, thus cannibalising the secondary market.

“Instead of the guy in the sheepskin coat getting all the money, you the talent will get all the money,” she said. “The question is whether artists and agents want to pick that up and go with it.”

In her keynote, Crosby also shared some of Ticketmaster’s latest research, including the fact that 58% of the UK population have attended at least one music event in the last year.

For all the talk of ‘mobile-first’ approaches in the ticketing world, Crosby pointed out that 78% of concert-buyers are still purchasing tickets on a computer, versus 24% on a mobile device. However, she warned that for some sites, more than 60% of traffic now comes from mobile devices.

She also talked about trends in festival ticketing across Europe, where despite an explosion in the number of new events, demand remains red-hot in countries like the Netherlands, Denmark, Belgium and Sweden, meaning that fear of missing out leads people to buy tickets as early as possible.

In the UK, where the festivals market is more saturated, the reverse is true: people are leaving it later to buy their tickets.

Ticketmaster has been working hard to make better use of its archives of data on people’s browsing and buying habits, in order to tune its automated-marketing campaigns to promote the right concerts to the right music fans.

She outlined one challenge for ticketing services however: the popularity of ‘dark social’ platforms that aren’t as open to tracking or marketing.

“Nearly 70% of online social activity is really dark. It’s chat apps, and me getting into your WhatsApp group and trying to flog you a ticket is a bit like trying to break in to a conversation on the phone with a friend,” said Crosby.

Her keynote also included encouragement to her music-industry audience not to forget who they’re working for, and why they’re doing it, when trying to adapt to new consumer-behaviour trends.

“We all work for the talent. All of us pay our rent – or if we’re really lucky, our mortgages – off the back of talent. And fans. And we’re probably all fans as well, which is why we got into this in the first place,” she said. “The changing consumer? We are the consumer as well.” 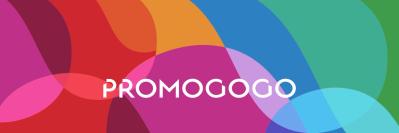