Influencer marketing: why labels are turning to social stars

Paying social stars to promote a product or brand has been a growing trend for some time, but what does it mean for music marketing in 2017? A panel at Music Ally’s Sandbox Summit conference in London today discussed the topic.

“For us, data drives absolutely everything,” said Hurlock. “Influencers can be notoriously hard to track… so we’ve created our own database, and our own analyst who goes through it.” But Social Chain also runs its own communities and networks – “Harry Potter, you name it, we’ve got it!” – where it has full access to its analytics.

Eyewe said that when Atlantic works with influencers: “They may not have ever been paid for a campaign before, but we look for engagement whether that be comments on posts, people asking what that song was… that’s how we measure whether it was a successful campaign or not.”

A word that you often hear around influencer marketing is ‘authenticity’. How can music campaigns make sure they keep that quality?

“That really starts with the brand and/or agency understanding how to reach this audience. You have everything: you have brands that treat everything like it’s a television spot, that direct the influencers like they are an actor. And that almost all of the time never works. But we’ve done things with brands like Netflix who natively understand this,” said Manintveld.

“They were super-clear. ‘Don’t give me your biggest profiles with the widest reach or the best numbers. We’re not interested in that. Find the ones who are most suitable for our brand, and who will most authentically communicate their love… It’s important to combat this natural desire [in the advertising industry] to direct everything.”

“These people understand their audience really well, and that’s why they have that engagement,” agreed Eyewe. “It’s not a faceless brand, it’s a person. And they’re going to have their voice, whether it be a tweet they put out or a video. You have to really collaborate with these influencers to get the best result, I think.”

“It’s about tapping in to that. When we promoted a Snoop Dogg song, when we went into the back-end data, we found that people who followed Snoop Dogg had a higher affinity to Harry Potter! So it made sense to go to a Harry Potter page… Obviously Snoop Dogg and Harry Potter don’t seem like an obvious synergy,” said Hurlock. 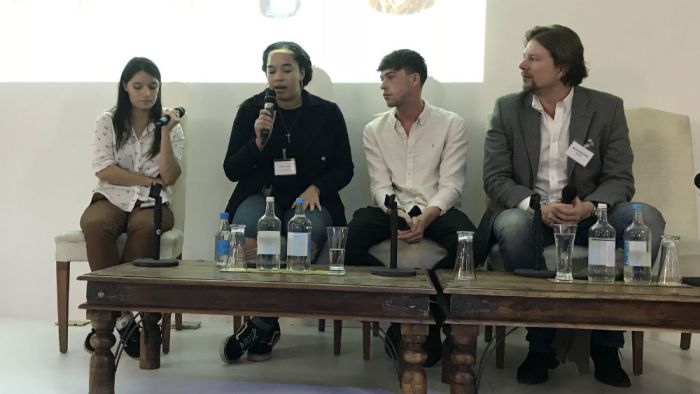 The conversation turned to platforms and genres. “If you want to reach a much younger audience, perhaps you’re promoting a boy band or girl band, Instagram’s probably the way to go, while if it’s an older demographic, Facebook is maybe the way to go,” said Hurlock.

Eyewe also talked about brands like GRM Daily that have been built within the various social networks. “With the platforms, because they promote specific areas of music, you have to understand what the brand values are and what they represent,” she said.

“With people, they’re more accountable: it’s one person. I do think it’s the same with the platforms, but they don’t have faces. It’s more about making sure your content is super-engaging. You’re not just selling an ad basically. You’re talking to that audience in the way they communicate. When an influencer is a person, you can probably lean on them a bit more to deliver the content or the message or the brand or whatever it is in the way they usually talk to their audience.”

“Audiences these days have completely wised up to influencer marketing. The hashtag #ad doesn’t even need to be used: they know what’s being sold to them,” said Hurlock, adding that there is thus even more pressure to create genuinely interesting stuff that people want to watch, rather than just gussied-up advertorials.

The conversation turned to micro-influencers with smaller followings. Are they the most exciting sector of influencer marketing for the future?

“We speak to these people ourselves. From a pop perspective and for the bigger artists we work with agencies, whereas a lot of the smaller guys specifically within urban music, generally it’s a network thing. You might know someone who knows someone, or you might follow someone because they’re super-cool. So we’ll reach out to them,” said Eyewe. “Sometimes it’s literally a DM on Instagram or a tweet, or an email… It’s a very direct conversation.”

Hurlock said that Social Chain has been championing micro-influencer campaigns, although he noted that this often involves ‘gifting’ (for example sending them free merchandise) which means a certain loss of creative control over what they do with it.

Manintveld’s company has been running an ‘academy’ for emerging influencers “to encourage the younger generation to work at it, develop, and in the meantime being able to have them close enough to see where the talent of the future is going to be”, which he said has been a good resource to draw on.

The panel were asked about laws on disclosing marketing campaigns, for example using hashtags like #ad prominently in their posts and video descriptions.

“A lot of the work that people are doing is showing that #ad doesn’t put people off any more from engaging with the post. There’s a lot of influencers who put it in their title, but it doesn’t stop me watching the ad!” said Eyewe. “You do have to do it. In the beginning I was very much ‘oh my God, this is going to destroy what we are trying to do, because it wasn’t very subtle… but the people who are young who engage with the influencers know it’s part of the deal almost.”

“It doesn’t really seem to affect engagement any more. I don’t think people give audiences enough credit. When they choose to follow these people, they know there’s going to be a business to it, so they’re not shocked when they do see a product,” agreed Hurlock. “Younger audiences have grown up with it: it’s nothing new to them.” 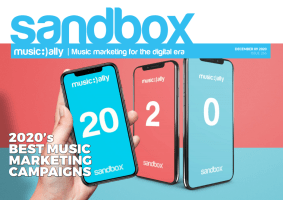 It’s here: Sandbox’s shortlist of the best, most original, and most impactful music marketing campaigns of 2020 – a celebration of this year’s most remarkably innovative and creative work. There were a record-breaking...
Read More 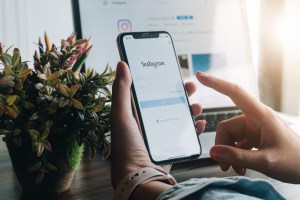 We’ve been really impressed with the digital shizzle of British band Glass Animals in recent times. The online replica of their computer desktop in May, for example, and the music video they made using fans’...
Read More

Artist’s Toolkit. Tools that can help to propel artist careers forward in 2021

2020 has been an unprecedented year for the world and the music industry alike. With no live events, more importance was placed on other industry verticals – and while many people struggled, new opportunities emerged as...
© Copyright Music Ally All rights reserved 2021 - Website designed and maintained by