Kickstarter is relaunching Drip, the platform for artist and label subscriptions that it bought in 2016, shortly after its previous owners warned they were having to shut it down.

“Today we launch a new Drip for artists and creators across the full spectrum of disciplines we support on Kickstarter,” blogged Kickstarter co-founder Perry Chen.

As before, Drip will be focused on ongoing crowdfunding: monthly subscriptions for musicians, authors, filmmakers, games developers and other creators, rather than Kickstarter’s focus on standalone projects.

The creators will be able to share subscriber-only posts with text, images, audio and video on Drip. Kickstarter will take a 5% cut of subscription payments, with a further 3% plus $0.20 per transaction taken by its credit-card processor.

Reggie Watts is one of the first musicians to take advantage, along with Christopher Willits, Alexandra ‘Eartheater’ Drewchin and Kinlaw, with more to follow in the coming weeks.

At this point there are no labels using the new Drip. This launch period is invitation-only, but Kickstarter says it will open Drip up more widely early in 2018.

“Kickstarter is for projects, Drip is for people,” is the way the company is putting it. Creators launching on Drip will start with a ‘founding membership period’ to offer fans ‘special rewards or status’ for signing up early, before moving in to a model similar to Patreon.

Drip will be “both separate from but complementary to Kickstarter” according to Chen. Kickstarter’s existing 14 million creators and backers will be able to use their stored account and payment details on Drip, for example, rather than have to sign up all over again.

One important aspect: Kickstarter says that Drip creators will be able to export their data and content, and even transfer subscription and payment information to rival platforms.

“It’s been great to see organisations build tools like these: the world is far from having too many tools for creators. But there remain large groups of artists and creators who don’t see subscriptions as fitting their creative practices. Our goal with the new Drip is to change that.”

Drip’s relaunch has been coming for a while. In September 2016, Kickstarter music head Molly Neuman told us about the company’s hopes in this regard.

“We want to have a way for our creators to connect: especially ones with large fanbases who will continue to be independent and self-releasing, but who would want to have an option and opportunity to have a digital fanclub and a direct connection to their fans on an ongoing basis,” she said then.

“Because of the dynamic of a Kickstarter campaign being very focused and very time-sensitive, you could imagine an artist coming in and running a successful campaign, that could include something that was after the project. And have the opportunity for their supporters to continue to engage with them in a meaningful way around their music and updates.”

Since Neuman’s appointment in December 2015, Kickstarter has been working hard to forge music partnerships – for example its ‘Make Vinyl’ initiative with Qrates – as well as working (often under the mainstream industry’s radar) with independent artists.

In a recent speech at the BIME Pro conference, Neuman cited recent projects from artists including Alice Bag, Julia Nunes, Ted Leo and Kate Nash as examples of Kickstarter’s impact beyond the higher-profile projects from the likes of De La Soul and Amanda Palmer.

The new Drip, as Chen acknowledged, is part of a wider network of fan-funding world that besides Patreon, also includes PledgeMusic and concert-focused platforms like Stagelink and MyMusicTaste.

Kickstarter alone has generated more than $200m of funding for more than 26k music projects since its launch, while Patreon recently said that it expects to process $150m in payments for 2017 alone, following $100m across the previous three years.

Throw in Bandcamp which is processing up to $6m of digital and physical sales a month – admittedly we’re blurring the boundaries between crowdfunding and D2C here – and there are plenty of positive signs for a sector that may still be relatively small compared to overall music-industry revenues, can be hugely significant for individual artists.

We’ll find out over the coming months how Drip can contribute, with Kickstarter hoping that it will complement its main platform: musicians might run a subscription on Drip while occasionally using Kickstarter for bigger projects like albums, for example. 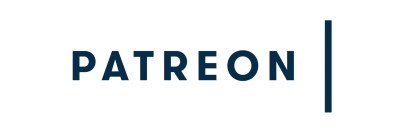 Patreon reveals how it’s planning to spend its $155m funding 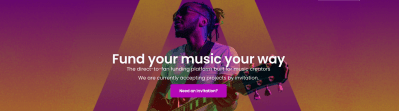 There's a new music crowdfunding platform in town: Sonicly. It has launched in invitation-only beta, co-founded by Andrew Eisele (a former executive at TargetSpot, Medialets and JW Player) and Brian Camelio, who besides...
© Copyright Music Ally All rights reserved 2021 - Website designed and maintained by