The investment also sees VC firm Creandum upping its stake in Epidemic Sound to 20%, although the actual investment amounts and valuation have not been announced.

Epidemic Sound says it plans to use the funding to continue its expansion globally, as well as its move from being a purely-B2B production library into a B2C company that releases its composers music through streaming services.

“We are at an inflection point where we have the opportunity to capitalise on these trends and introduce new models and a new way of working for musicians – these kinds of chances don’t come around very often,” said co-founder Jan Zachrisson. “Teaming up with EQT supercharges our business and thinking.”

This week’s news follows a strategic investment in Epidemic Sound this April by Kichi Invest, which valued the company at around $45m. 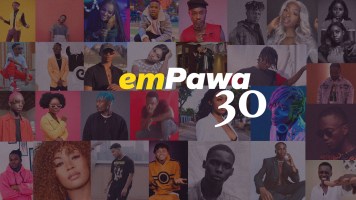 AfroPop star Mr Eazi’s emPawa Africa is a talent incubator for artists in Africa: you may remember us writing about it in July 2019, when he inked a partnership with YouTube to support his latest cohort of Nigerian artists....
Read More

Roblox is often described in shorthand as ‘the YouTube of games’ – signifying that it’s not just a game, but rather a platform where people can create and share their own games, and play those made by the rest of...
Read More