We’ll be blunt: for many music startups, the ‘exit’ is either shutting down when nobody wants their product or service, or an ‘acquihire’ of their team and/or tech by a bigger fish without the kind of valuation that gets investors salivating.

Might there be bigger and better exits ahead? A panel at the Slush Music conference in Helsinki this morning considered how music startups could be ‘building to get bought’.

It included iMuze CEO Yacin Bahi; Plus Eight co-founder John Acquaviva; and Project Everyone consultant Göran Andersson (who was involved in startup Sonalytic’s sale to Spotify earlier this year). The moderator was industry consultant Karen Allen.

“I always like to build things, and don’t necessarily want to sell. But that will eventually come up… it can be very destructive when that question comes up: are you for sale?” said Andersson. “It might be in the end that you don’t want to sell.”

He said that Sonalytic wanted to build its company and team. “It was like a Shazam on steroids, we could actually identify samples in records,” he said, noting that SoundCloud CEO Alexander Ljung had been one of the keenest potential partners.

“He couldn’t afford to buy us. We had several licenses for our technology on the table. But then the offer came in [from Spotify] which was a very generous one, to sell. The most important conversation for us became what do we do next? And thankfully everybody liked the idea of going to Spotify… The reason we create things is not to sell it. It’s not the amount of money you get at the end of the day. It’s what you’re really creating.”

“There has to be passion… With a startup you have to hope for the best and prepare for the worst. If you think of an exit: an exit most of the time is an acquisition. Going through an acquisition is a very unpleasant thing to do. It brings all the bad things, all of the tensions you have in your team, and maybe with your investors, back to the surface… The passion has to be the glue that keeps you together.”

Acquaviva chimed in. “You do get a bit off-balance. And for investors it’s easy to smell someone who’s trying to sell me a lottery ticket. And I don’t buy lottery tickets! When someone’s selling me a dream… you smell it out. And you spend an inordinate time raising instead of building,” he said.

Acquaviva said that as an investor, it can be obvious that a startup is built to sell when he looks “under the hood” at its actual platform or technology. “It’s like putting lipstick on a pig: a lot of these exits are acquihires: everyone puts on a brave face, but no one’s making money – least of all the investors,” he said. “Those are not positive situations no matter how you spin the story.”

Are too many startups basically features in larger companies’ products – Spotify or SoundCloud for example? “Certainly a lot of companies that are features or apps that do one thing… When people say ‘I’ve got this whole data play that no one’s ever thought of?’ Well, every company on the internet is measuring data,” said Acquaviva.

He also warned startups about the risks of building entirely on a bigger streaming service’s platform, and said investors are increasingly sharp at doing due diligence on exactly what rights a consumer-focused startup possesses: for example, some Swedish startups have rights to stream music in their homeland as part of an experimental licence, but not global rights.

What are the golden rules for acquisitions and valuations in the music/tech space, wondered Allen. Acquaviva talked about Beatport as an example, which was making $50m a year – “not tokens, dollars” – with 60% of it going to music rightsholders.

“There were some other startups that couldn’t even dream of making the money we made in one week in a year, so when we were valued, because we were a humble company, we had various valuations: plus or minus $100m…. But we were making $50m a year,” saidAcquaviva.

“Our exit at the end of the day, cash and paper, we made about $70m… There are a lot of companies that haven’t even made $1m that are trying to tell me they’re worth $20m, $30m, $50m… I just roll my head from personal experience. A lot of it just does not make sense!”

Bahi talked about the need for rationality. Bigger values come from more than one company interested in acquiring a startup. “You should start identifying those companies pretty soon. Those companies are either going to be looking at you as an enabler, bringing value… or they’re going to look at you as a threat,” he said.

“Build bridges with them, make sure they understand your product, that they know your team… and then once you’re in that position where you have leverage. Where if you have revenue so you don’t need money: you’re not looking for an acquisition to keep the company afloat. And you have leverage when you have more than one company that’s looking at you… That’s something that you have to think about and build pretty soon when you start the company.”

Andersson agreed: “It’s really about having revenue… But if you truly have your own unique IP, but then you need to do your homework, you need to make sure,” he said. “I take the approach that if this idea is so great, there must be 10 other people who are having it. So how do you execute and build a team that is second to none? And when it comes to exits and valuations, it’s a little bit of all these things. But I think people are not really digging deep enough in to what else is out there.” 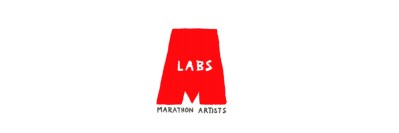 After a global-pandemic interlude, Marathon Labs is now returning in 2022 with a focus on ‘value creation’
Read More

It's a buzzy area for the music industry: the intersection of music and fitness.