Blockchain music: rights, artists and ‘the big spreadsheet in the sky’ (#SlushMusic)

Jaak is one of the startups exploring the potential that blockchain technology has for the music industry. The company is working on a number of pilot schemes, and its CEO Vaughn McKenzie has been a regular speaker on blockchain panels at industry conferences.

Yesterday he flew solo at the Slush Music conference in Helsinki, interviewed about ‘the state of blockchain and music’ by Lewis Silkin partner Cliff Fluet.

Fluet kicked off on the adoption of blockchain in the music industry. “I’ve seen pretty much every form of new technology that’s arrived, from the arrival of the internet… to downloads, to streaming, to mobile, to the application world, to social networks,” he said.

“The music industry has a pretty fixed playbook with how it tries to deal with new technology. It’s a deny, destroy, dominate strategy. And it can sometimes take 20 years until you see something like mass adoption. But I think with blockchain it’s been really quite different.”

In the last two years, the level of interest, adoption and proof of concept has been faster than any previous technological development, suggested Fluet.

“There are some people that are very sceptical about it thinking it’s not a magic wand, it’s just technology. Or you’ll have other people who use perfection to be the enemy of the good: because blockchain doesn’t solve everything, it solves nothing,” he continued.

What is it for? Fluet offered a sly soundbite for as-yet unBrexited fellow Brits in the room. “It’s to take back control of business models and content, and to enable it to be smart content not dumb content.”

McKenzie talked about Jaak’s journey so far, which has included plenty of reorientation. “We see the real use case of blockchain in the music industry as quite simple: we need one place to put all of the rights information… and a database is quite a bad place to put it,” he said.

“What Jaak really wants to build is infrastructure to enable you to build a global music-rights database that lives in a place where no one owns it.” And once this exists, the company hopes it will enable other benefits, from smoother royalty processing to faster, automated, more-flexible licensing.

“One thing that really does separate us has been our focus on the existing music industry. There are lots of music blockchain companies that have gone straight into ‘let’s go and do a token sale, let’s do an ICO, let’s make tokens, let’s give them to people and then let’s build a streaming service’. That ignores lots of the infrastructure that’s already been built.”

“And actually most of the time it ignores the rights structure… We feel it’s really important to be able to build an inclusive system where you’re able to capture information and rights and royalty payments from the traditional music industry, and also prepare for the future.”

McKenzie recognised that it’s also important for blockchain music startups to prove their worth, rather than simply pump out hype. He outlined the pitch to respond to scepticism.

“You have all of this technology, you have all of this infrastructure, we believe we can help here, here and here. How can we prove that…  The only way to address the scepticism is to be very clear about what blockchain is and what it isn’t. Again, it’s not a magic wand, it’s not going to solve every problem,” he said.

“These things still needs to be built with the rightsholders in mind, and creators in mind… You can’t just pay everybody in cryptocurrencies! We’re not in 2030, 2050 yet. There’s a real pragmatic part of what we do and how we work with labels.”

Fluet asked about some of the more challenging aspects of working with the music industry as a blockchain startup.

“There’s a real challenge around lots of the dreams and hopes that have been sold across the industry around what blockchain is. Boiling it down… the ‘big spreadsheet in the sky’ is a good way of thinking about it. Blockchain is a good way of tracking information without one central company,” said McKenzie.

“But the actual realities of taking the music industry from where it is today, when this information is tracked in loads and loads of different databases, and the only solution is to just build a new database? It takes a real leap to step away from that and think about open data, open databases, decentralised databases. That’s the gulf that we’re always trying to cross,” he added.

He described the current state of blockchain in music. “We’re in a really good place. We’ve managed to remove lots of the ideas around blockchain and music: ‘it’s going to solve everything, it’s magic’. And we’ve managed to get some use cases,” he said.

“Next year is really [about] moving beyond proof-of-concepts and delivering prototypes into delivering real products. Most of the companies in the marketplace are moving into production systems… I think the music industry is really poised to capitalise on that.”

McKenzie and Fluet then decamped to the Speaker Studio room at Slush Music, where they were joined by Emma McIntyre, head of business development at Blokur, and David Blundell, COO at Blockpool – two more blockchain startups from the UK – for a discussion about rights.

(See our recent interviews with Blokur, Blockpool and Jaak for more on each company.)

McIntyre gave her view: Blokur is working on a platform to help the music industry with its famous rights-data problems. “We’ve seen lots of data silos: lots of organisations that have lots and lots of data: they’re not really talking to one another, and their systems aren’t really talking to one another,” she said. “The very nature of blockchain allows you to synchronise all of those databases, and that for us is where a lot of the value really comes from.”

McKenzie voiced some concerns about the other current trend around blockchain technology and music: for artists to launch their own tokens and/or sell their music for cryptocurrencies like bitcoin and ether.

“Artist tokens are awesome: they’re things that people can touch and feel and work with now. But I always wonder how these things work at scale, because they work well with artists who own all their rights, but as soon as you want to do something where you have someone who doesn’t own all their rights and you have to split up the payment of tokens, figure out who represents an artist in each country, you start to run into those problems.” said McKenzie.

“The big thorny problem is really the one we have to solve first: the underlying rights and making sure we do have synchronisation between the databases, so everybody knows who owns what. It’s a big problem, but it’s one that we need to solve.”

McIntyre said that there is still a wide variety of knowledge-levels within the music industry around blockchain technology: “It’s an emerging technology… we get questions like ‘What does blockchain look like? Where does it live, where does it sit?’ There’s still a lot of education that needs to happen within these organisations,” she said.

“Lots of people are starting to embrace it, but I had a meeting on Friday with quite a high-tech organisation and I was just surprised by some of the questions that we got. So just fundamentally the education piece and a lack of understanding is a big challenge that we’ve got to overcome.”

She also talked about transparency and data-sharing. “We’re not necessarily an industry that often want to share too much data. I don’t think this is specific to the music industry,” she said. “That’s also something we’ve really got to overcome.”

Fluet asked about the music industry’s problems launching a ‘global repertoire database’ in the past, with entities falling out in acrimony and wasting a lot of money in the process.

“The reason why blockchain has an opportunity to solve the problem where something like the GRD wasn’t able to is that it’s a new paradigm. It allows new types of people, new brains, new ways of thinking into the music industry, and it opens up the dialogue around something that most people had decided was closed a while ago,” said McKenzie.

“Blockchains also have shared ownership. You can’t own the blockchain, you can only really own part of it: some of the tokens that help it to run… That does help us solve some of the governance issues around having one big database,” he continued.

Why? His explanation was a comparison to the world of bitcoin. “If I have a bitcoin and I want to track that, I can put the data in the bitcoin blockchain. I still own the bitcoin. No one ‘owns’ the database.”

Blundell, whose company Blockpool is working with Björk on some cryptocurrency aspects around her new album, also talked about the theme of openness, and why some elements of the music industry will welcome it, and others may fight it.

“By the very nature of what blockchain is, it’s a decentralised technology: it’s there to be shared, it’s not meant to be held close. It’s meant to be shared out, and there’s lots of different ways you can do that, lots of innovative ways,” he said.

“If people believe that it is controlling, then it’s just about understanding the nature of what blockchain is and what we’re trying to do with it. If you don’t get that part of it, it’s going to be a hard, hard sell.It’s going to take time for a lot of people to get their head around the idea of what blockchain can do.”

“My own personal view is that from a hierarchy point of view, that’s a difficult, difficult sell. They have to be involved with this to make sure the whole process goes forward, but it’s going to mean people from a lower level and working up as well, and effectively breeding out the dinosaurs that sit at the top, and making this into the industry that we all know it can be. The technology is there. It’s the politics that really stick in everyone’s throat at the moment.” 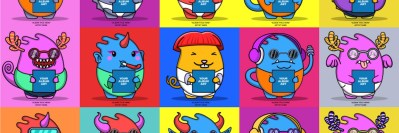 Distributor DistroKid already claims to be responsible for more than a third of new tracks uploaded to streaming services. Now the company is making its move.
Read More 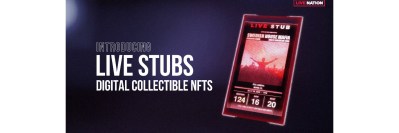 NFTs are digital 'collectibles' so it's no surprise that people in that space have turned to past examples of physical collectibles when trying to explain the potential.
© Copyright Music Ally All rights reserved 2021 - Website designed and maintained by