Research being conducted in Finland into a ‘user-centric’ payments model for music-streaming suggests that the biggest tracks may be the main losers under such a system.

That’s according to Lottaliina Pokkinen, head of legal affairs at the Finnish Musicians’ Union, although she stressed in a session at the Slush Music conference in Helsinki this week that the research is not yet complete.

To quickly recap: streaming services like Spotify currently use a pro-rata model: every month a pool of money from its subscriptions and ad sales is divided between tracks (and thus artists and rightsholders) according to their share of overall listening.

As an over-simplified explanation: You may not listen to, say, Ed Sheeran, but if he accounted for 2% of Spotify streams this month, he’s getting 2% of the royalties pot, including money from your subscription.

Under a ‘user-centric’ model, money would be divided based on individual listeners: if 100% of your monthly listening was to, say, thrash metal or experimental jazz, then the royalty portion (about 70%) of your £9.99 a month would go to those artists.

The question is whether switching from the current pro-rata model to a user-centric model would benefit smaller artists/labels and nichier genres. A study in Norway a few years ago concluded that there wouldn’t be much difference on those grounds, but that local artists might take a bigger share of streaming royalties in each country.

But the fact of the matter is that nobody quite knows what impact a user-centric model would have, which is why whenever it’s talked about – by Deezer earlier this year for example – it tends to focus on the need for more research.

Cue Finland, where a researcher has been diligently burying themselves in a dataset provided by Spotify.

“We received the whole premium users’ data from Finnish premium users from March 2016. We know which tracks got listened to that month,” said Pokkinen. This can be used to calculate payouts under a user-centric system, which can then be compared with the actual payouts for March 2016 under Spotify’s pro-rata system.

“It looks like the biggest losers who might lose the most if we went to user-centric are those tracks that are mass-used at this moment,” said Pokkinen, talking about the breakdown of streams as a pyramid, with a narrow range of big hits at the top.

“It’s just the vast minority of the tracks that are mass-used: listened to a lot. Those are currently getting most of the money: they have the most stream count. But it looks like in the user-centric [system] these tracks would lose money to the bottom of the pyramid,” she said.

Note, she was talking about tracks. This doesn’t necessarily mean a redistribution of streaming royalties from major labels to independents, for example. “I guess for the major companies the difference wouldn’t be that big, because of the back catalogue,” she said.

Pokkinen was speaking as part of a panel that included Sony Music Finland CEO Wemppa Koivumaki, which meant we did get a major label’s perspective on the issue – a rarity thus far.

He agreed with Pokkinen’s last statement – “That’s what the data shows so far” – and cited the WiMP research as another example that user-centric payouts might not be a huge shakeup to the status quo.

“That showed quite minimal changes, especially between companies. The only interesting bit that that data showed, the only bigger change, was that 30% more of the income was directed to local artists, versus the international artists,” said Koivumaki. “That’s quite interesting. But it didn’t make a change between companies.”

So what is Sony Music Finland’s perspective on this: is it possible for a major label to take a position on user-centric payouts at this stage of the debate?

“At the moment our position is neutral, and the reason for that is a couple of things. The first one is if you change the model, you know there are going to be winners and losers,” he said. “It’s a big harsh that we should decide this artist is going to get 50% less than he got a month ago, and this one will get more.”

But Koivumaki called for more research to be done to gauge whether the WiMP findings will still hold true in 2018. “I don’t think we have currently enough data in terms of research on what the real impact is. We have some clues,” he said.

“We should be able to focus the money on the artists you want to support. If I’m playing an artist, let’s say some jazz artists, I would like my money to go to that particular artist. This is definitely the way to go,” he said.

However, Tukiainen agreed with Koivumaki that a fair approach is needed. “When you mention winners and losers, it would be fair to discuss with the losers how they feel about it.”

In July, Portishead became one of the most high-profile artists to test SoundCloud's user-centric 'fan-powered royalties' system, with a cover of Abba's 'SOS'.
Read More 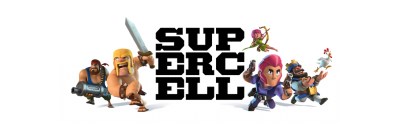 Mobile games giant Supercell is dabbling in music too

The Finnish company is releasing a single called 'We Won't Cooperate' by fictional group Bad Randoms as an offshoot from Brawl Stars.
Read More 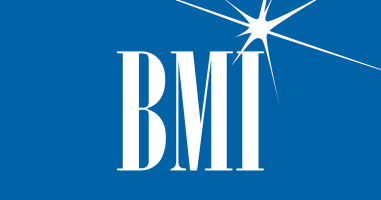 US collecting society BMI has announced its figures for its last financial year, and despite the Covid-19 pandemic it managed to both collect and distribute record amounts.
© Copyright Music Ally All rights reserved 2021 - Website designed and maintained by