India: The sleeping giant of digital music is ready to wake up

At the end of September this year Music Ally was invited to attend the inaugural All About Music conference in Mumbai, India. We’ve since been speaking to some of its main contributors, and taking a look at the key themes that emerged on how India is evolving as a music market.

All About Music is the brainchild of manager Tarsame Mittal. “All About Music is a platform curated to put the spotlight on the potential of India’s music industry, and to set new benchmarks and goals. Our aim is to bring the stakeholders together in a wide ‘all about music’ discussion, so we shape the opportunity, shape the future, together,” he said.

“India is one of the world’s largest music markets. With 1.3 billion music lovers and strong economic growth, the value of music in India is expected to double by 2020.”

The event attracted 850 attendees spanning all aspects of the Indian music industry from key executives and some of the country’s biggest artists through to DIY musicians.

While both the recorded and live music industries have struggled for so many years to get people to pay for music, India’s potential is clearly huge – arguably as huge as its neighbour China with whom Outdustry’s Ed Peto compared the country in a keynote speech at the event.

Peto outlined the similarities – two emerging markets with the biggest populations on earth, with the vast majority of the population unwilling to pay, or at least pay much, for music, but with a diverse variety of localised streaming services, and with infrastructure changes that are now creating the potential for real growth. But whereas the long-predicted ‘hockey stick’ growth is finally beginning to take place in China, India is still all about potential.

Let’s look at the problems first. The biggest issue is the general music consumer’s apparent unwillingness to pay for music. While India-based streaming services may have amassed over 100m users the overall conversion rate to paying is reckoned to be just 1%. While Saavn boasts a higher conversion rate of about 10% (with 22m subscribers) this percentage figure is massively skewed by the service’s US audience.

It wasn’t ever thus according to Devraj Sanyal, MD and CEO Universal Music Group, India and South Asia. “In the era of the CD in India people bought the CD, in the era of CBRT (call back ringtones), even now, people have always been willing to pay,” he said.

“The problem (and the opportunity) is with the younger generation who have got used to the idea that music is free. People have no problem spending a couple of hundred rupees (£2) on a cup of coffee every day at Starbucks but they do have a perceived problem spending less than what one cup of coffee costs, on music”.

Piracy is still cited as a big barrier to growth by the local industry as Saavn co-founder and Executive Chairman Paramdeep Singh explains: “There is a massive retail business of pirated MP3s that are sold on SD cards and side-loaded on to users’ mobile phones. This entire business of selling pirated music to paying users is estimated to be a $1billion industry.” And then of course there’s YouTube.

But the problem with being unwilling to pay doesn’t just lie with recorded music. The live business has faced its own problems with the way it has grown to rely on having to give away so many tickets – to licensing authorities, sponsors, politicians, VIPS – and thereby creating a whole culture which has ended up almost devaluing those who bother to buy tickets, as Sabbas Joseph, Director of Wizcraft Entertainment, one of India’s leading live events and entertainment companies, explained.

“99% of the time you end up having to cough up passes to all the officials who give you licences. Added to that it then becomes a very sponsor driven market. And why should any sponsor give you money if you’re not giving them tickets? In India we suffer from a malaise of a VIP culture. You are not important, influential if you don’t get invited. It’s been like this since the beginning of time. You become very dependent on people other than consumers paying. Consumers paying has almost become an added benefit.”

Then there’s the dominance of Bollywood. In many ways the All About Music conference felt like a platform for the independent market (which in India seems to mean anything which is not Bollywood) to fight back and emerge from the stranglehold which Bollywood has exerted on the music business for the past twenty or so years.

Bollywood’s share of India’s musical output (which is largely based on recordings from playback singers to whom Bollywood’s film stars mime) is around 70-80%, depending on who you believe.

Bollywood’s dominance has also had a knock on effect on the music industry’s infrastructure and skills levels. The Indian film industry was able to make its songwriters effectively work for hire with a copyright regime which bestowed first ownership on film producers rather than songwriters.

The fact that it’s taken so long for an event such as All About Music to take place and the conversations at the event around the need to better co-ordinate and upskill the local industry highlights the work that still needs to be done for the independent side of the business to start to punch its weight.

So are all these reasons for pessimism? Far from it.

The mere fact that the conference took place, the fact that it attracted over 850 attendees over two days, and the incredibly positive atmosphere it generated shows that the new Indian industry is there, it’s just waiting to emerge from behind the shadows of Bollywood.

And, just like China, the copyright situation is being addressed. The Copyright (Amendment) Act of 2012 effectively restored the first right of copyright to authors and has led to a revitalised Indian Performing Rights Society (IPRS) which received its certificate of registration last month from the Indian Government after having undergone a process of restructuring.

But the biggest challenge is still the culture of free. There are signs that this is beginning to change, particularly in the live sector. Wizcraft’s Sabbas highlights three main factors behind this change.

“Over the last three years or so there’s been a change. First the change of Government has created a shift. The new Government wanted to make licensing for live events easier. It changed first in Delhi. Now you can get permissions online. And we’ve seen things like a police commissioner and a police commissioner’s son buying tickets and showing them to the media,” said Sabbas.

“This is helping with the mind-shift that’s needed. A clear message went out that you should be buying tickets. The third aspect is online ticketing. Online ticketing has demonstrated over and over again that if you don’t buy early the prices go up and there’s no guarantee that you’ll get a ticket.”

Sabbas cited the example of a recent Ed Sheeran concert that within ten minutes sold tickets to around 10,000 fans.

Saavn’s Singh agrees. “Over the last five to ten years there has been an emerging culture of music festivals, touring independent Indian artists, DJs, and increased international touring artists that have fans paying to attend their events. “It will take time to trickle down to the smaller local bands but the point is that the culture is changing,” Sabbas concluded.

So what about the holy grail of recorded music?

At the moment it’s all a bit of a leap of faith. But there are reasons for positivity. Firstly there’s the fact that India now boasts the lowest mobile internet data costs in the world. The so-called Jio effect, whereby Reliance Jio helped to drive down data costs to around just 6 rupees (US$0.1 per Gigabyte). There are an estimated 420m mobile internet subscribers in India with some 125m on Reliance Jio alone.”The game changer in the Indian market,” according to Ed Peto.

Piracy is still an issue even in the streaming age according to most local observers. While the current Indian Government is seen as being a supporter of business and digital in general, there’s a general feeling that they need to do more. “The Government has to crack down on piracy really hard – all sorts of piracy. Even a minor shift in piracy would have a huge uplift in the paid for market.” argued Universal’s Devraj Sanyal.

But the industry itself could also do more. In the opening keynote to All About Music, Sony Music India & Middle East President Shridhar Subramaniam made it clear that licensed streaming services which offer free tiers in India (such as Saavn, Gaana and Hungama) need to place more restrictions on their free tiers to help to drive more users to pay.

Universal’s Sanyal agreed: “It has to be a collaborative effort between the services and rights owners.” But are the services themselves on board? Sort of, but Saavn’s Singh puts the emphasis on other factors,

“We are aligned with our label partners in the fact that we need to continue to drive a paid ecosystem for music streaming. While we have made significant progress in driving paid users outside of South Asia, there are many market factors that need to develop within South Asia to accelerate this effort – such as increased smartphone usage, mobile broadband, and digital payment penetration as well as significant improvements in the anti-piracy effort by both the Government and the industry.”

The elephant in the room, though, is still YouTube. Nobody really has an answer on this one except for the usual refrain of needing to make the paid for services so much better to use.

But, make no mistake, this is a market on the rise. Digital spearheaded the overall growth in India’s recorded music revenues in 2016 with a rise from USD 54.9m to USD 72.1m.

That growth is expected to continue this year. But it’s only when the paid for streaming market finally catches on that this sleeping giant will finally awaken. 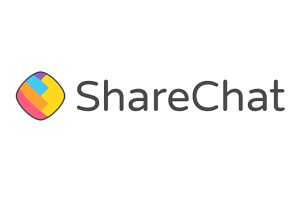 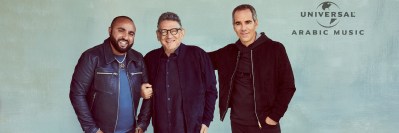 Universal Music Group has been on something of a spree of new label launches in recent times, with a particular emphasis on high-potential markets. The latest example is Universal Arabic Music (UAM for short) which is...
© Copyright Music Ally All rights reserved 2021 - Website designed and maintained by