Musician David Lowery has published the latest data on payouts from a range of streaming services, sourced from “a mid-sized indie label with an approximately 200+ album catalog now generating over 200m+ streams annually”.

It’s a very interesting snapshot as ever: both of average per-stream payouts and of the market shares of the various services.

Spotify’s volume continues to be very significant: for the label that was the source of this data, it accounted for 47.8% of streams and 51.5% of streaming revenue.

“This is good news and shows the power of both Apple’s commitment to streaming, and the value of a paid only platform,” wrote Lowery. “Apple Music is actively taking marketshare away from Spotify.” 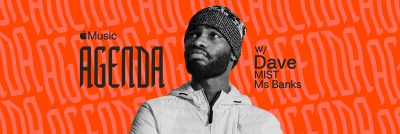 Artist Dave was the star of the Brit Awards earlier this week, with his new verse for his song ‘Black’ calling Prime Minister Boris Johnson a racist; drawing attention to the differing media coverage of the Duchess...
Read More

Industry copyright lawyers! Here’s something to get your dander up this morning: a new website that promised to turn YouTube videos into karaoke. We’re using the past tense for a reason there: in between the site launching...
Read More

Spotify has revealed more details, including the nominees, for its first Spotify Awards on 5 March in Mexico City. There will be 12 ‘main’ categories that will be shown in the television broadcast of the event, and they’re...
© Copyright Music Ally All rights reserved 2020 - Website designed and maintained by