AI that makes music: ‘Labels should be buying this stuff…’

Should Ed Sheeran be getting worried about artificial intelligence dethroning him from his place atop the modern pop pantheon?

It may sound like crazy foolish talk, but that was the question sparked by a session on creative AI at Music Biz and Music Ally’s NY:LON Connect conference this afternoon in New York. There is already AI-created music, for example from startups like Jukedeck and Amper Music as well as projects like Sony’s Flow Machines. So what does this mean for musicians, and for the music industry?

The moderator was Billboard and Forbes journalist Cherie Hu, who opened with a quote from Spotify’s AI guru Francois Pachet, who was asked by MBW whether he thinks an AI could write a hit song.

“Already, for a very long time, we have had algorithms which are able to generate complete [musical] pieces. That’s nothing new – that was achieved in 1958. But these algorithms are not yet going to do anything all by themselves; they need a musical message, an artist who has something to say and a curator of the technology.

“It’s not just a one button thing [to create a song]. That’s not the case today and I don’t think it will be the case soon – maybe it will never be the case. This is really about empowering people and giving them ideas. The way I see it is it’s more like assisting the Lennon that needs a McCartney, or vice versa.”

We are building companions and collaborators who are smart enough to give good ideas [to humans]. But they are not sufficient to create it all on their own.

The panel discussed these implications. What is the problem to be solved with creating music, and what would count as a success in this field?

“The issue about using software to generate or compose music is no different from using many other instruments. The whole notion of using technology in the production of music is an extension of what exists already,” said Steffenson. “It takes a person to go in and have an idea and a concept, to complete a project from beginning to end… In order to create something that is a rounded-off work of art… is not something that the computer yet can do.”

Birdee talked about the spectrum of AI Music, from companies creating algorithms that can mix and remix existing music, to those that can create it from scratch.

“We can use AI as a facilitator, as a collaborator and as a tool,” he said. “It doesn’t necessarily have to be working from the ground up,” he said. “How do you define success? If you’re using AI for self-driving cars it needs to be 100% accurate, otherwise lives will be lost. If you’re thinking about success from a creative/production point of view, there’s an argument that as long as you’re facilitating the creative process and helping that artist, that is a success.”

Pryor weighed in on the legal questions around some of this technology: for example, can an AI be a copyright owner? “The last time I spoke on a panel about this, the conversation turned to whether trees could purchase themselves!” he said. The question is whether something other than a human could ever own a copyright. Pryor believes not.

“Who owns that copyright, if you agree with the premise that a human – or a legal ‘person’ [which can include a corporation] has to own a copyright at some level? Who is the owner? There is a debate raging, probably only among lawyers, about whether it’s the creator of the program, or the person providing the inputs from which that work is generated. And there’s a very fine line in AI between those two things.”

Birdee gave AI Music’s perspective. “If AI is generating new pieces of content then this scenario is very much real, but if AI is acting as a tool among creators, if we look back to the 80s when synthesizers or AutoTuning was coming to fruition, nobody questioned whether AutoTune owned part of a composition,” he said. “Us as a company: we are facing these challenges, and collectively working with artists on a more iterative process, and understanding their needs.”

Hu posed this question: if you can’t tell if a song was composed and created by an AI or a human, does it matter?

“Whether it matters or not to the consumer is one thing. But it has quite dramatic implications for business, potentially if AI develops at the pace it’s been developing at for the last ten years, and there’s this potential to create something that could be a hit, then the economic implications are very interesting,” said Pryor.

Hu also raised the idea of music created for specific functions: mood-music playlists or background music for example, and separating this from ‘artistic’ music created by humans.

“I get really turned off by this idea of functional music. Maybe I’m a purist. I wouldn’t want to stand in front of any composer and say ‘that was a brilliantly functional piece of work’… Yes music has different applications, but the idea of ‘functional’ music – and I’m a lawyer, so I’d probably be one of the people most receptive to that idea – I can’t bear it!”

This does all bring up the oft-cited spectre of AI taking humans’ jobs, in all manner of industries. Does that also apply for music?

“I don’t think there’s many examples at the moment where the application of AI has decimated industries. The evidence suggests that where AI is used, people’s jobs change and they do different things. I don’t think it’s Armageddon,” said Pryor. However, he did look further ahead into the future for some potentially-worrying implications of AI for copyright.

“Could you create an algorithm that churned out every possible permutation of a song? Arguably that would destroy creativity altogether: nothing would be original! Would that be possible in 50 years’ time? I wouldn’t necessarily bet against it,” he said.

Hu raised the question of Spotify’s involvement in AI, and whether it has a stake in the question of whether an AI can compete creatively with humans – for example, supplying a steady flow of tracks for its mood-music playlists, and thus reducing the share of revenue for rightsholders.

“I don’t think that’s hypothetical. Absolutely. You dilute the share. If the music was competing like for like with copyright-owned music and it reduced the cost, I don’t think Spotify would be disincentivised from doing that,” said Pryor. He added that labels and publishers could address this by writing in to their Spotify licensing deals that the royalty-payouts processes simply don’t count AI-generated music: in other words, the 70%-ish pool of royalties is divided between human-originated works.

Steffenson talked about the notion of training a system to replicate the process of composing a piece of work; making millions of permutations of the result, and then matching them against existing hits – selecting the one that seems most likely to succeed.

Should labels and publishers be looking to build (or more likely buy) AIs? For example, should Universal Music buy an AI to pump out yoga-friendly tracks for Spotify playlists, or should Sony/ATV buy an AI to work with its young writers as a creative foil?

“If I were a label, I would be surprised if they aren’t already investing in this type of technology. It makes perfect sense” said Steffenson. Pryor agreed. “If I want to take this adversarial position that AI is going to conquer everything, then absolutely 100%, they should be buying this stuff.”

As a representative of an AI music startup, Birdee chose his words carefully, but noted that AI Music has been part of the Abbey Road Red incubator, whose parent company is Universal Music. So labels are already involved with AI startups, if not (yet) acquiring them.

The panel finished with a comparison of music to the ancient Chinese boardgame of Go, for which Google famously developed an AI (AlphaGo) that beat the world’s top human player, having been taught the rules of the game, then honing its talent by playing many, many matches against itself.

“Music has rules: rules of composition and so forth,” said Hu. The message: don’t make any assumptions about what AI will or won’t be capable of in music. All the more reason for the industry to follow the technology’s evolution closely. 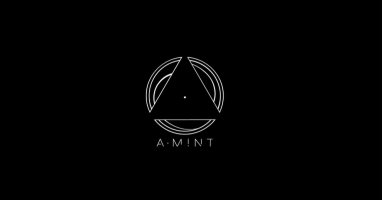 The latest project representing a creative blend of artistry and AI is called ‘Spleen Machine’. It’s the work of Alex Braga, who’s both a composer and an inventor. For this EP, he invented his own...
Read More 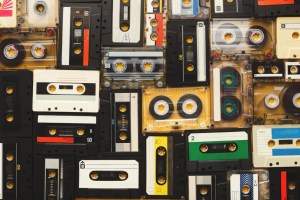 It’s been a little while since we last wrote about Luxembourg-based startup Aiva and its software for creating music using artificial intelligence (AI) technology. We covered its pitch in the 2018 Midemlab startups...
Read More 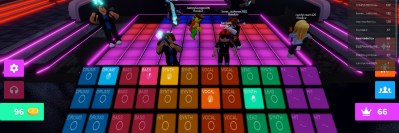 Last month, we wrote about Australian AI-music startup Popgun’s launch of a music-making game for Roblox, the gaming platform with 115 million active users, including lots of children. Those kids could queue up in...
© Copyright Music Ally All rights reserved 2020 - Website designed and maintained by