A&R in the digital age: ‘Learn with your artist and be open to admitting your mistakes’

In a world of streaming, social networks and the ability for any artist to get their music up on digital platforms, how is the role of the label A&R evolving?

A panel at AIM’s Indie-Con conference in London today addressed the topic of ‘A&R in the digital age’. The speakers included Vidhi Ghandi from Ninja Tune; Darius Van Arman from Secretly Group; Achal Dhillon from Killing Moon; Jane Third from PIAS; and Will Headlam-Wells from Believe. The moderator was Tim Ingham from MBW.

Dillon kicked off by talking about the value of A&R input into an artist’s career: it can be as much about “serving the record” as developing the artist – the happiest scenarios see those two co-incide – and it can be a very long-term process lasting years, rather than just the early period of the partnership.

“The sort of conversations you find yourself having with artists is very different. You find yourself trying to convince them that we’re going to release the radio edit as the single, because it’s going to sit well on playlists,” said Third. But she also noted that for some artists, different kinds of songs that aren’t obvious *singles* can now be pushed more by labels, because they do fit well with the streaming ecosystem.

Headlam-Wells said a key part of the A&R role is “being that artist’s champion within the label” – being passionate enough about their music to convince others within the company. He also agreed that discussions about radio edits are as important as they’ve ever been. Van Arman talked about some of the delicate conversations.

“There’ve been many times when I’ve made a mistake suggesting to an artist that they’re making a bad decision… It’s not about trying to direct artists to a better decision. It’s about communicating processes that have worked for us in the past, and that we’ve seen other artists use to make good creative decisions,” he said.

“Everyone has an opinion, and at the end of the day, the artist has the best chance of making the right decision, so you should only focus on creating the best dynamic for the artist to make good decisions… For example, an artist might say ‘Hey, I want to make sure the tracklisting splits evenly so the vinyl sounds really good’… But that’s not the most important criteria for sequencing a record… You can give them tools to think about things from different angles, and things that have worked in the past, but ultimately it’s their decision.”

Ghandi noted A&Rs usually have a relationship with an artist before any contract has been signed. “At its best, it feels most fulfilling if we’re available at every stage of the creative process from signing to recording to touring to post-album campaign,” she said. “And it’s our role to keep them up to date with what’s going on in the digital world and tech. Artists don’t know what Spotify’s latest policy is or what Apple is up to with funding”.

She said that a label with a credible track record will be more able to take a more active role in an artist’s creative process. “You have to learn with your artist and be open to admitting your mistakes when they happen. That’s what builds the relationship in a long-term career.”

Where do labels find talent most often? Dillon said it’s progressively changed over time: “I like going in to discovery-based markets – conferences and festivals – where I know absolutely fuck-all about the lineups involved, so it’s just about face-value: how something makes me feel at the time… and it doesn’t predicate on any commercial interest.”

Ingham wondered whether he doesn’t ever take a sneaky peek at their social metrics on his phone while watching. “It will probably affect the scale of the offer I’m prepared to offer them,” he said. “I will use streams as a measure of how much cold hard cash I’m offering them… But we’re trying to show value in the services that we offer in other ways than just throwing money at the problem.”

Third said her talent-scouting is the same as it’s ever been: a network of friends and promoters who recommend her music based on her tastes. “I don’t trawl through the internet. I listen to mixes, as that’s a recommendation as well: a DJ if you like their tastes,” she said.

“We do look at data. It’s a tool,” said Headlam-Wells. “But we find that the majority of the good stuff that comes through that we really like is the traditional sense: connections and tip-offs and people we’ve worked with who bring us new projects. We trust them, and they trust us… On our teams, we have a huge amount of music experts, music lovers, and to give them full credit they’re bringing in a lot of really great projects all the time.”

Ghandi agreed that the network of tip-offs and connections remains vital, but Ninja Tune tries to be across everything, from press to streaming services, to spot interesting incoming talent.

Ingham asked about the traditional perception of ‘artist and repertoire’ – matching songs from songwriters with musicians to sing and play them – as something for the major-label / pop world, rather than indies. Are independent labels considering bringing in songwriters to help artists more often though?

“I’m constantly thinking about it and encountering resistance from the artists themselves,” said Dillon. “A lot of people need a hand to express themselves in the written form… But in terms of maintaining the status quo on their own art, I have found from experience there does seem to be a degree of resistance.”

Third said PIAS does bring in songwriters. “There’s indie music and then there’s independent music,” she said. “In the past, independent labels did work with a lot of indie-rock bands… but now pop music can come from absolutely anywhere. We can get involved with pop projects, and they do tend to be about a charismatic singer who may not necessarily be a great songwriter or producer. But some of them are all three: Christine and the Queens did everything herself, for example.”

But she added that “song is becoming more important: a song as opposed to an album. The way you make money through streaming services… is by people saving your track to their playlist forever. And they save it because it’s a great song and it resonates with them emotionally at a particular point in their life… and artists are understanding that, and wondering ‘how can my writing become more emotionally impactful?’ so are open to working with someone to help with that.”

Headlam-Wells said there is still a stigma attached to bringing in outside songwriters, but that it can feel more comfortable as a collaboration with other artists. “People they really get on with, because that’s really important,” he said. Meanwhile, Van Arman said that Secretly puts more energy into pairing artists with the right producer than with professional songwriters.

The conversation turned to albums. Are they on the way out or can artists still justify making a full-length record? “Yeah, but you better make a good one. That’s the difference,” said Third. “As long as you can make a great album there’s a place for it, but because of the nature of the technology, it’s easier to make your own album [as a fan] out of the songs you like, as a playlist.”

Dillon: “I still love albums and I still love releasing them… for me it’s trying to respect the artist’s intentions. If they’re delivering a body of work to us, if it was designed to be that body of work adhesive to one another… we’d better release the whole thing. It’s less of an A&R concern to me than a marketing one,” he said. “If the ultimate intention is to release an album, and the best way to release that album is single after single after single, then maybe that’s what we’ll do.”

Is too much importance placed on social media and its metrics when looking at a new artist? “Would Mark E Smith ever have been signed if that was the judge?” asked Van Arman? “He’d have been AMAZING on social media!” laughed Third. “But I don’t care about social media… You can have a huge Instagram following because you might have some agenda that you’re really influential in. But that doesn’t necessarily translate to streams… If you’re spending too much time developing your social media then you’re probably wasting your time.”

She also talked about the “elephant in the room” – distribution platforms that can allow thousands of artists to upload their tracks for distribution to streaming services, then mine the data on what’s doing well to pick out the gems. “That’s going to change all the conversations like this,” said Third.

Spotify playlists also came up for discussion, and the power of curators on streaming platforms. “I think it depends on where that goes. Right now it’s in an okay spot. There’s enough services, enough routes to market, enough places where different artists and different labels are finding success. But it is something we have to watch, as Spotify mainstreams, as Apple Music mainstreams, what’s going to happen with the environment for playlists?” said Van Arman.

“I think what consumers want is diversity of repertoire… they don’t want to hear just the hits. But if they do wanna hear just the hits, that’s the road those services are going to go down… And if that’s the way the mainstream services go down, maybe it creates an opportunity for other kinds of services to pop up.” 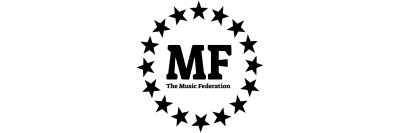 Independent companies team up for The Music Federation

A group of independent music companies led by British firm Killing Moon Group are coming together to form a new organisation focusing on distribution, label and non-label services.
Read More

Artists are already putting Greenroom through its paces: DJ Seinfeld is going to host a series of audio discussions under the brand of ‘Galazy Room’.
Read More 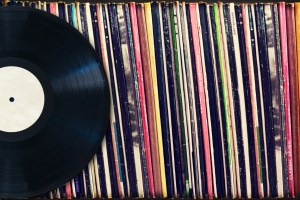 British label bodies the BPI and Aim are trumpeting the market share taken by independent labels in 2020. That share grew to just under 26% last year as measured by ‘album equivalent sales’, a metric blending streams...
© Copyright Music Ally All rights reserved 2021 - Website designed and maintained by