How does UK radio and streaming-playlist plugging work in 2018?

What’s more important for an independent artist in 2018: getting A-listed by prominent radio stations, or bagging some prominent slots on the playlists curated by Spotify and Apple Music?

A panel at AIM’s Indie-Con conference in London today explored the evolving world of plugging with a focus on independent artists and labels.

Kennedy and Hillcock talked about their discovery process for radio shows. “I would say I probably play more stuff that I’ve found myself, than that is sent to me,” said Hillcock. But it does make a difference who’s sending the music.

“It’s nice when music comes to you directly from artists and managers. Press releases that are just anonymous, there’s less chance you’ll look at that,” he admitted.

“But you develop relationships with certain pluggers and PR people. The personal approach is always best: if someone knows your tastes and has paid attention to what you’ve played in the past, that’s a really good thing.”

Cannell talked about the fundamentals of being a plugger. “It’s about being concise: getting the information across in a decent manner, and making sure you stick to the story,” he said.

Wells added that his own personal enthusiasm is key: if he’s working a track and artist that he loves, it’s crucial in getting the pitch across. “I research a show quite heavily, I’m always checking tracklistings. I want to know what they like, but also what’s the core of their show,” he added, on radio plugging.

What is the best point for a label to get a plugger on board? “It will depend on every campaign. Each campaign is different,” said Kangalee. “The time to get a plugger on board is when you need a bit more strategy. You can reach out to a lot of people like Jon directly,” she added. So it’s when a campaign needs to broaden out and target stations and DJs that the label doesn’t know, that a plugger can amplify what’s been happening already.

Wells talked about the importance of the BBC Introducing ecosystem in the UK, where an emerging artist’s track can be uploaded to the Beeb’s emerging-artists portal, get radio play on local BBC radio stations, and ultimately bubble up to its national stations – although he suggested that there’s more work to do at 6Music to support the initiative.

Hillcock explored the difference between his personal tastes, and the needs of the audience. “I feel like there’s an official answer!” he laughed. “Should I play this because it’s the kind of thing people want to hear, or because I actually like it?” This is particularly the case when he’s subbing in for a regular presenter’s slot. “I try and find a balance: if I’m doing a week I might start gently then across the week change things up a bit,” he said. “Ultimately I follow my own instincts.”

Kennedy talked about how Radio X’s funnel works: his X-Posure show tries to discover new tracks and artists that can make their way onto the station’s daytime playlists, via its head of music. “That can have a big impact on artists and how they grow,” he said. “That big support across the board really helps push people along.”

He added that “every avenue is going to look to other avenues to see where things are growing”, advising labels and artists to take as many opportunities as they can, from appearing on local radio stations to interviews with blogs, to build up a story that could boost their chances of getting support from the bigger channels.

Ellis agreed, noting that podcasts and stations like Rinse FM have been key for Hospital’s roster of drum’n’bass acts, particularly those who aren’t likely to be played on, say, Radio 1.

What can stop a great song from going straight onto a station’s playlist? He suggested pluggers are best-placed to answer that question. “They’ll go to Radio 1 and they’ll say it hasn’t got enough Spotify streams… It should be about the song, but obviously it isn’t always about that,” he admitted. Collins suggested that daytime radio producers need “reassurance” that a track is building momentum – whether on streaming services, clubs or elsewhere.

“You don’t have to be part of a wider strategy sometimes. Sometimes it’s just a great song,” said Wells. “If songs are great they can break through, but that’s not always the case.”

The conversation turned to streaming, and pitching to Spotify’s playlist team – and the interaction with radio. “Those things really feed in to each other. When I’m plugging to radio I’ll say what playlists we’ve been added to on Spotify, and vice versa,” said Ellis.

Cannell said it’s vital for a label to be clear on what tracks it’ll lead with at radio, and what tracks (closer to release date) are perhaps more fitting for the streaming services’ playlists.

Kangalee noted that many of the playlisters at Spotify and Apple Music come from a radio background, making pitching to them a natural leap for pluggers – even if they also ‘hand off’ the work to a digital team. “A plugger’s pitch is very similar to the way you would pitch to Spotify or Apple. You’re rattling off the same facts, you’ve got the same enthusiasm for the acts, and then the digital team hand off.”

Collins added that a growing number of plugging companies now offer streaming playlist-pitching as a service, so radio and streaming aren’t silos when it comes to the pitching process. She also advised labels to have all their assets ready – videos and remixes included, where relevant – at the start of a campaign, so they can be deployed at the best points to have an impact.

Hillcock and Kennedy offered some encouragement to artists whose songs haven’t been streamed lots or supported by other DJs and stations: “It is about the song,” said Hillcock, with both men admitting that if a track is great but doesn’t seem to have been picked up on elsewhere, it might appeal to them more – they feel like they’ve discovered it rather than followed others’ leads.

The pluggers on the panel were asked whether they work for independent artists, rather than just those signed to a label. “100%. If they’re unsigned I’m even more excited… I feel like a frustrated A&R at heart!” said Wells. “Sometimes you just find stuff and think ‘wow, this is amazing’, and believe that a label will come on board at some point… Sometimes I think I’ll get paid later, I won’t worry about that. I believe in the project.”

What about song length: is there an ideal length for a track to plug to radio? “There is an ideal ‘radio edit’ length. We usually try to do around 3.30, not longer than four minutes,” said Kangalee.

“It does mean that tracks are easier to program within shows, and it just keeps everything moving a lot better. If there’s an artist who feels very particular about not editing a song, there is a bit of battle to be done there. But overall it is good to have the option of a radio edit… If an artist is struggling with the fact that you’re chopping up their song, you can service both tracks… but you do need to get that radio edit.”

“You’ve just got to explain the merits to the artist,” said Wells, who joked that some of the musicians he works for almost see it as a challenge slipping tracks as long as possible onto the airwaves. Ellis said that many Hospital artists are happy to create their own edits. “Three to early-four minutes is fine,” she said.

Apple Music was the first global music streaming service to have its own live radio station built in. Now expanded to a suite of stations, some of its shows are now being syndicated to traditional radio stations. Well, one...
Read More 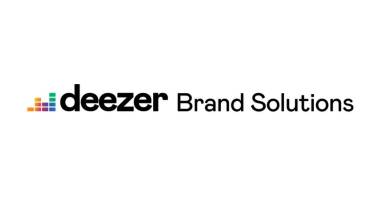 Deezer has launched its latest feature for brands: the ability to sponsor its curated (editorial) playlists. They can now pay to have their image splashed across any playlist’s header, along with a link to their website...
© Copyright Music Ally All rights reserved 2021 - Website designed and maintained by