The ‘Bulgarian scam’ on Spotify, revealed earlier this week by MBW, allegedly involved an entity uploading a collection of sub one-minute tracks to Spotify; then arranging them into a few playlists.

Devices tied to Premium Spotify accounts were then used to stream those playlists round the clock: even at a monthly cost of nearly $12k for 1,200 accounts, the potential revenues paid out from those streams could be $288k or even more.

Anyway, music managers body the MMF thinks the revelation of the scam should reignite discussion within the music industry about a switch to ‘user-centric’ licensing for streaming services.

That idea involves changing the way streaming services calculate their payouts to rightsholders. Instead of creating a pool of royalties then dividing it by total share of streams every month, which is the current system, it would divide each individual user’s subscription (or ad revenues for free users) between the rightsholders of the songs that they streamed.

(Or to put it another way: under a user-centric model, if you only stream, say, black metal, all the royalties from your $9.99-a-month subscription would go to the rightsholders (and thus, ultimately the musicians) behind those black-metal tracks – rather than their payment being diluted in a general royalties pool containing the many more streams of the most popular acts.)

MMF boss Annabella Coldrick has suggested in a blog post that user-centric licensing would “prevent scams such as ‘the great Spotify swindle’, as you could never get back more than you put in”.

She’s right: because no matter how many streams you can generate a month from a warehouse full of devices playing your own music, under a user-centric model, because nobody else is streaming them, you’d only get a share of your own subscription payments back.

This isn’t the only argument in favour of user-centric licensing. The theory behind it has always been that it might redirect some revenue from the biggest artists to emerging and niche acts, although data proving that (and how big the shift would be) has been thin on the ground. More on that a bit later.

“Our members increasingly believe that, despite the complexities of introducing a user-centric model, it is inherently fairer to reconnect the fan to the artist along with the additional benefits of greater transparency and accountability throughout the streaming value chain,” wrote Coldrick.

“This seems like the perfect moment to open the debate. So, we call upon all streaming services and rights holders to consider looking at how this could be implemented, and we can prevent cases like great Bulgarian Spotify swindle occurring in future.”

Streaming service Deezer is already doing just that: Midia Research revealed its exploration of the idea last spring, while Deezer CEO Hans-Holger Albrecht told me on-stage at the Midem conference in June that the company wanted to understand how the model would work.

Albrecht said at the time that Deezer had started a discussion with artists and labels about the idea of a user-centric model, and suggested that if the reception was warm, such a system could be tried by the end of 2017 – although as far as we know, that didn’t happen.

“We did a calculation and this is better for mid-sized artists, smaller artists and upcoming artists as it gives them a good chance. If you go deeper into jazz freaks or classical freaks who never listen to Katy Perry, they are still paying for her. It’s not fair,” said Albrecht.

French collecting society Sacem has also been looking into the user-centric model, with CEO Jean-Noël Tronc telling Music Ally in July 2017 that it was running economic modelling using real catalogues and real data to understand the likely impact.

“It may be a very important change for our artists, songwriters and publishers,” he said. “We cannot just tell them we have gut feelings. We need to tell them that these are what the results show. Then we look at what we change or not when it comes to the industry.”

There are a couple of other studies that we know of which may shed light on these questions. They’re from 2013 and 2014, based on analysis of data from Scandinavian streaming service Wimp (which has since been acquired by Jay-Z and rebranded as Tidal) by researchers in Norway and Denmark.

It concluded that while some genres like jazz and classical would benefit under a user-centric model, the bigger picture wasn’t so different from the status quo – although there were benefits for local artists in a country like Norway outlined by a comparison of the existing model and a user-centric approach:

“Both models give the same share of revenue to the same top 5000 artists collectively, and the top four labels would receive almost the same revenue with a user-centric model, as in the current pro rata model (75% compared to 76%).

The second study came from Rasmus Rex Pederson at Roskilde University, working with data provided by Wimp for his August 2013 study  Music Streaming in Denmark (PDF).

He found that the top 5,000 artists, who account for more than 91% of total streams, would get around the same amount under a per-use model as under the existing way. Those further down the tail would only get a 0.1% increase in their revenues.

However, Pederson’s research backed up the first study when it came to local artists, suggesting that Danish artists among the top 5,000 artists would see a relative increase in their payments of 9.8% under a user-centric system, but most of that would go to the most popular of them.

More recently, the Finnish Musicians Union has put a researcher on the case to understand how user-centric licensing might affect payouts. While the study is still continuing, some early findings were shared at the Slush Music conference in November 2017.

“It looks like the biggest losers who might lose the most if we went to user-centric are those tracks that are mass-used at this moment,” said Lottaliina Pokkinen, the union’s head of legal affairs. “It’s just the vast minority of the tracks that are mass-used: listened to a lot. Those are currently getting most of the money: they have the most stream count. But it looks like in the user-centric [system] these tracks would lose money to the bottom of the pyramid.”

This doesn’t necessarily mean a redistribution of streaming royalties from major labels to independents, for example. “I guess for the major companies the difference wouldn’t be that big, because of the back catalogue,” she said.

To sum up: a user-centric royalties model for music-streaming, where the royalties share of your $9.99 a month goes entire to Ed Sheeran’s rightsholders if you only stream Ed Sheeran, might not make a huge difference to how much money Ed (or insert your favourite artist / niche genres here) makes. As the MMF’s Coldrick argues, it would put a stop to the Bulgarian scam exposed by MBW this week.

Perhaps the most convincing reason to switch to user-centric payouts, though, might be less obvious. If people feel like their money is going only to the artists they stream, it might make them more willing to pay for a subscription, which in turn would drive revenues up for artists.

“A new user-centric model is likely to be perceived as a more fair model by fans,” as Maasø put it in his study. “It re-establishes the economic connection between the consumer and the artist,” as Pederson put it. The MMF wants streaming services to explore the model, and we suspect this benefit – as well as foiling fraudsters – would be a good focus for their research.

Meta is having... let's call it a 'difficult' month for its music-licensing strategy.
Read More 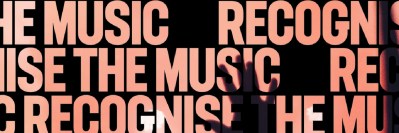 A new initiative in the UK is hoping to make sure public performance royalties are paid out more accurately.