The company expects to generate more than $60m of audio-streaming revenues from Latin America for its member labels in 2018.

Merlin CEO Charles Caldas will be flagging up the Latin American growth in his appearance at the SXSW conference in Austin later today.

He’ll reveal that Brazil is now the sixth biggest territory for Merlin members in terms of revenues, generating more income than France, Australia and Canada. Argentina, Mexico and Chile are among Merlin’s top 20-earning countries, too.

Merlin’s US members account for around 50% of the agency’s payouts from Latin American audio-streaming services, and those American labels have seen LatAm streaming revenues almost double as a percentage of their income.

“We now have irrefutable evidence that the new dynamics of streaming are opening up previously inaccessible territories to independent music, with a phenomenal consumption surge in Latin America and across Asia,” said Caldas ahead of the SXSW session.

“What feels particularly exciting is that we’re only at the start of this growth trajectory – and with potential of relatively untapped markets, including China, Russia and Africa, still to be realised.” 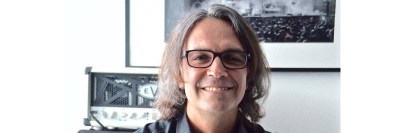 Warner Music Group's in-house indie distributor ADA Worldwide has a new offshoot: ADA Latin. It'll be based in Miami, but will oversee Latin America, Latin music in the US and activities in Spain and Portugal. ADA has...
Read More

The first edition of MUdaL was a great success – fostering new thinking, initiatives and connections for the region during these difficult times. (Translated from Spanish: Spanish language version) MUdaL managed to...
© Copyright Music Ally All rights reserved 2020 - Website designed and maintained by