As with Facebook’s other recent deals, these are licensing agreements covering user-generated content across Facebook, Instagram, Facebook Messenger and Oculus VR. Another day, another three deals then, but the inclusion of Wixen is interesting, given that publisher’s recent history.

On 29 December it filed a lawsuit against Spotify claiming that thousands of its songs were being used without a licence, seeking damages of $1.6bn. Wixen’s lawsuit is at the heart of debates over the proposed Music Modernization Act in the US, which included a clause ruling out any legal claims for unpaid mechanical royalties if they weren’t filed before 1 January 2018.

While the ramifications from that lawsuit continue to rumble in the background, it seems sensible, to say the least, that Facebook has made Wixen a priority in its licensing moves.

Recently, Goldman Sachs published a report with new predictions for music industry revenues in 2020, Covid-19 impact included. It forecast a 75% drop for live music revenues, but growth of 3% for recorded music and 3.5% for...
Read More 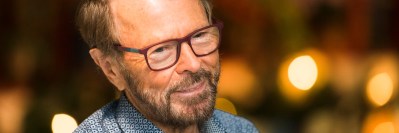