Research firm Morning Consult has published the results of its latest survey, of 2,201 American adults, focusing on the music-streaming market.

It found that 30% said they have a Pandora “subscription”, while 21% have Spotify and 15% Apple Music.

We’ve put subscription in quote marks because, unhelpfully, Morning Consult is talking about free users as well as paying subscribers (“Pandora and Spotify have free and paid subscriptions”) rather than the music industry’s understanding of ‘subscriptions’ as meaning just the paying users.

And when the 18-29 year-olds who DON’T use a music-streaming service were asked which one they’d pick if they had to, 44% said Spotify, 34% said Pandora and 22% said Apple Music.

There was also some data on what features Americans think are important in a music-streaming service: among all adults, 81% said the variety of music available; 80% a low price point; 68% the ability to listen on multiple devices; 66% a clean user interface; and 58% ‘good algorithms’ to find new music. 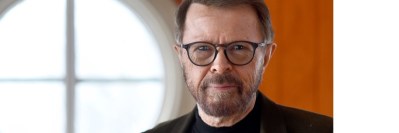 Who wants to listen to a radio show by the president of a global collecting societies body, eh? Oh wait, that would be Björn Ulvaeus.
Read More