SoundCloud says it surpassed $100m of revenues in 2017

SoundCloud CEO Kerry Trainor has been talking to the Financial Times about what he says is a corporate comeback for the streaming service, following its troubles of 2017.

According to Trainor, SoundCloud’s revenues last year surpassed its goal of $100m, with its user base growing in each of the last three quarters after an (underreported at the time) sluggish few years before that.

Trainor added that SoundCloud has “significantly reduced the burn” (of cash) including recording a few ‘cash flow positive months’ recently. The FT piece also stresses that SoundCloud’s subscription tier is, if not canned entirely, not the strategic priority for the company that it once was.

In the journalist’s paraphrasing of its CEO’s views: ‘After being pressured to build its own subscription product, Mr Trainor says SoundCloud has switched gears an is no longer trying to mimic Spotify. Instead, the company wants to focus on its original market among the creators of music.’

Current estimates – for example from Midia Research in the piece – suggest SoundCloud has around 100,000 paying subscribers. 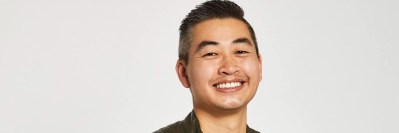