Last week, we reported on the “story” linked to someone claiming to be at Apple France who suggested that Apple Music was now on 40m subscribers.

It was repeated in several outlets as fact despite the “executive” in question having the most dubious LinkedIn profile at a leading tech company we have ever seen. We said that the utterly un-Apple tone to it all should have screamed BS as Apple does not PR stories this way.

And now we are a week on and – what’s this? – Apple has confirmed that Apple Music has passed the 40m subscriber landmark. And that Oliver Schusser has been promoted to the role of VP of Apple Music & International Content, putting him in charge of Apple Music globally. The elevation of Schusser will mean he relocates from London to Cupertino/Culver City.

The major takeaway from all of this is that the company has effectively added 2m subscribers in a month. (Apple’s Eddy Cue announced it was at 38m subscribers at SXSW on 12th March.)

We can make all the forecasts we want that, if it keeps this level of growth up, it will be roaring towards 60m subscribers by Christmas; but the precise dates for the 38m and 40m figures are not public and it is not clear how representative the past month has been of the overall growth trajectory since Apple Music’s debut in June 2015, so any projections will be inherently woolly.

Yet looking at the growth across one month is only going to tell you part of the story as lots of other factors need to be considered here to really make sense of it – such as the volume of free subscribers on Apple Music coming to the end of their trial, the ebb and flow of other marketing and discounting efforts by competing services, what blockbuster releases landed in that period to get potential subscribers interested and so on.

A week might be a long time in politics, but we would be well advised to remember that a month in music streaming is just a sliver of the bigger story.

Apple Music has created a $50m fund to provide advances on future royalties to independent labels, as part of its relief efforts amid the coronavirus pandemic. A letter sent to labels and independent distributors explained...
Read More 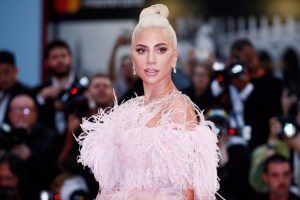