The secrets of successful D2C sales: ‘It is about scale and it is about speed’ 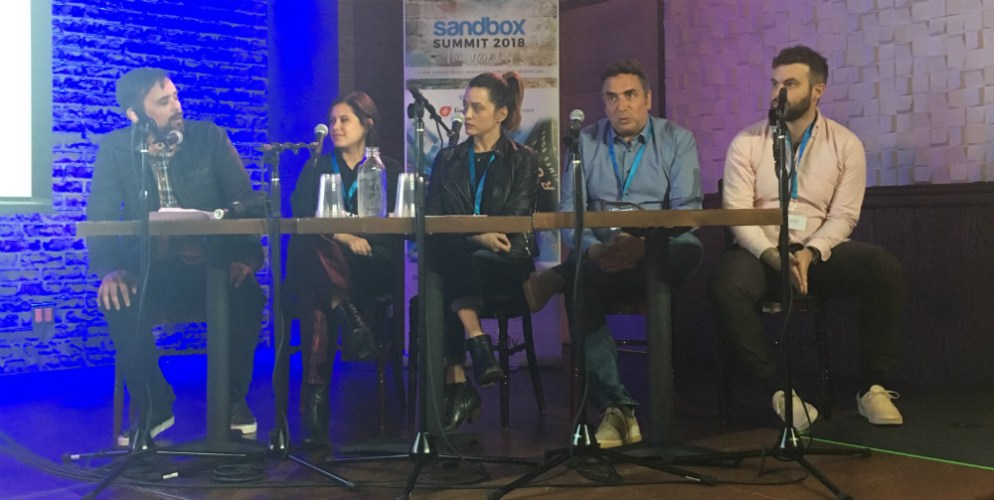 Direct-to-consumer (D2C) sales of music, merchandise and tickets have been growing in importance for many artists for some time now. So how is this segment of the music industry evolving?

A panel at our Sandbox Summit conference in New York last week explored some of the trends, chaired by Bill Wilson of Music Biz.

Stella Psaroudakis, senior director of e-commerce at Warner Music Artist Services, opened by saying just how commercially important this area is for the major.

“We have seen huge growth, specifically in the third-party online e-commerce business. In the year 2017 over 2016, we saw 58% growth alone. So, it’s really huge,” she said.

“Generally speaking it is critical for you to be active in D2C for your artists at scale right now. It’s an opportunity for you to present a product set that is unique for your artist and your audience. It is also a great opportunity for you to own that audience, build a list and be able to re-market to that audience again and again – especially if you have a store and are looking to build and ongoing online presence and deliver products to the fan year after year and season after season.”

This prioritisation is also happening among the indies, with Annie Horvath, product manager at Partisan Records, outlining why. “D2C is extremely important for us. This is an opportunity for us to create a high-value product for fans,” she said.

“For any given pre-order, we look at the band of we looked their audience just see what they value and will find most beneficial from the artists… Having a D2C storefront allows us to meet our margins better, make money for the act and also provide a high-value item to their fans.”

As with Amazon and other online retailers, the harnessing of impulse purchases is where D2C stores can really drive up their profits and their margins.

“We find that between one in three or one in four people will add something else to the basket that they didn’t come there for,” said Justin Spindler, director of North America for Music Glue, on how this currently plays out.

“It hovers around 31% depending on the artist. But there is also data collection and retargeting. On the seller side, they are doing a lot of work on re-engagement and figuring out how often to re-engage with audience members.”

While CDs/LPs and other merchandise items are the mainstays of D2C stores, it is the addition (where possible) of tickets and ticket bundles that have elevated it to a whole new level in recent years.

“The big one that blew data wide open was direct ticketing,” said Spindler. “It is a different access to the fan that has been traditionally siphoned off to Ticketmaster or Ticketfly to latch onto those email addresses. Is this a significant driver of revenue? Absolutely. 100%. We wouldn’t be a business if it wasn’t for that right now. The amount of data that you scoop up about those people, as well as the number of new commerce interactions that come to the platform because of that, are a huge driver.”

Technology is also now at a stage where retailers can respond to fan demands in what is coming close to real time.

Simon Scott, co-founder of Push Entertainment, talked of an act his company works with reaching the milestone of three million YouTube subscribers. They quickly decided to create a commemorative T-shirt that they could sell to fans to mark this milestone. From concept through to designing it and having it available to buy, it took just four hours.

“The two things we have learned are that it is about scale and it is about speed,” said Scott. “When you are reacting to something and hoping to turn that into money, you got to be really quick.”

Psaroudakis argued that planning is key but occasionally events consider against you and you have to swing into action at lightning speed. “Sometimes we get [artist] approval late the game and sometimes we are forced to respond to something very quickly,” she said.

It is not just product creation that has to move in real time. So does customer support, a key part of any D2C offering.

“One thing we find we have to be very quick on is our customer service,” said Horvath. “If we have fans around the world saying their shipping costs are outrageous, we need to be able to respond as quickly as possible and come up with a new solution so these fans aren’t feeling like they are being neglected […] You need to make sure they are being cared for.”

Discounting is a tried and tested strategy in retail but it is having to adapt slightly to the D2C world, being used sparingly but as a way to lock in and reward loyalty.

“The best driver that we see is offering discounts to people who have already purchased so that they feel appreciated,” said Spindler. “It is a little bit of marketing afterwards. People really respond to those sorts of things.”

Horvath added, “Another thing that has worked for us quite a bit is having a free gift with the purchase. We will work with the artist to create a simple gift that you can’t get anywhere else so it is unique to that store.”

One such strategy is offering a free badge with orders on the new Smashing Pumpkins store – a cost-effective way to tip the balance for a wavering customer.

“It feels like a treat for that audience,” she says. “It is that extra clincher to get them to conversion. It is just another opportunity for us to engage with that audience and make them come back to us again.”

Horvath sees gifts as a more effective and profitable strategy than discounting out of the key holiday period in the final months of the year, using these rather than reductions to keep orders up for the rest of the year.

“That is one way where we try to avoid doing discounts as much,” she proposed. “We will alternate. In the peak holiday season [Q4] we are discounting so much we try our best to limit it to that time of year and retain as much margin for the rest of the year.”

Perhaps, however, the most effective strategies are the use of the autographed-item and products that are exclusive to the D2C store.

“A successful product mix depends on looking at the artist and seeing who they are,” said Horvath. “We try and figure out what their fans are hungry for.”

For Cigarettes After Sex, they found that fans were obsessing over not just what the lyrics to songs were but also what they meant, so that became a key part of their most recent D2C offering.

Psaroudakis argued that fans are after something unique and that can be delivered cost effectively via signed items.

“We try to get autographed items – that is the Holy Grail,” she said. “It doesn’t cost much besides the cost of the vinyl sleeve [or whatever] and it adds so much value. We try not to adjust the pricing just because there is a signature [on the product], but certainly that gets the product out the door.”

Historically, bootleggers in terms of artist merchandise were those suspect people standing outside concert venues selling T-shirts of dubious quality to fans leaving the show. This is all moving online and creating new headaches for retailers, artists and labels.

“Someone could steal a graphic from your website and using SEO can program to reach all of their fans and using on-demand printing in a foreign country can get it to someone in under a day,” said Wilson. “But the act sees bupkis [nothing at all] from that.”

This is becoming a priority issue for anyone operating in the D2C sector.

“We’re spending more and more time dedicated to finding these listings and taking them down with our partners,” explained Horvath. “Some of the major organisations who host this type of product aren’t necessarily helpful or make it a priority to take down the illegitimate products. It is taking a lot of time from us that we could be spending in much better ways. And, of course, we are losing money because someone wants to buy a $10 cheaply made version of what they are seeing on the store or on tour.”

Scott said this is something that Push can help with and he added that things are moving to ensure that some – if not all – of the loopholes are being closed. “We clean up on behalf of our clients,” he suggested of what his company can do to try and take bad actors out of the equation.

“There are some challenges here that we have found. One is that a corporation legal team finds it very difficult to take down any product that isn’t a direct trademark infringement. Amazon as a channel has a way of doing that [taking stuff down] without requiring that [evidence of trademark infringement]. That has had a tremendous impact because these are repeat sellers. If you are a reseller on Amazon and you get three strikes, you are off.”

Scott added that Amazon is changing its marketplace rules next year in Europe where it has to pay the tax, and that should tighten things up. On top of this, he feels the fact that online t-shirt platform SunFrog having to pay Harley-Davidson $19.2m earlier this month to settle an infringement case could be net positive for the entire D2C sector.

Spindler ended by saying that the retailers who are not trying to stay one step ahead will come dangerously unstuck.

“You have to play the game of what the algorithm is doing this month and what it is doing next month,” he argued. “It’s about trying to make sure you’re staying really on top of it. This may sound exhausting, but we just can’t get lazy when it comes to socials and engagement, assuming that what worked a year ago is going to work in the next year. You really have to stay on your toes at this point if you want to be competitive.” 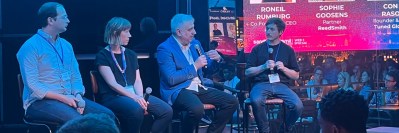 Music and web3: takeaways from our Sandbox Summit

Last month, Music Ally held its first in-person event in two years, the Sandbox Summit web3 Special in London. It was sold out, with a day of talks and panels exploring what web3 means for musicians and for the music industry....