Amuse raises $15.5m for its ‘next generation record label’ 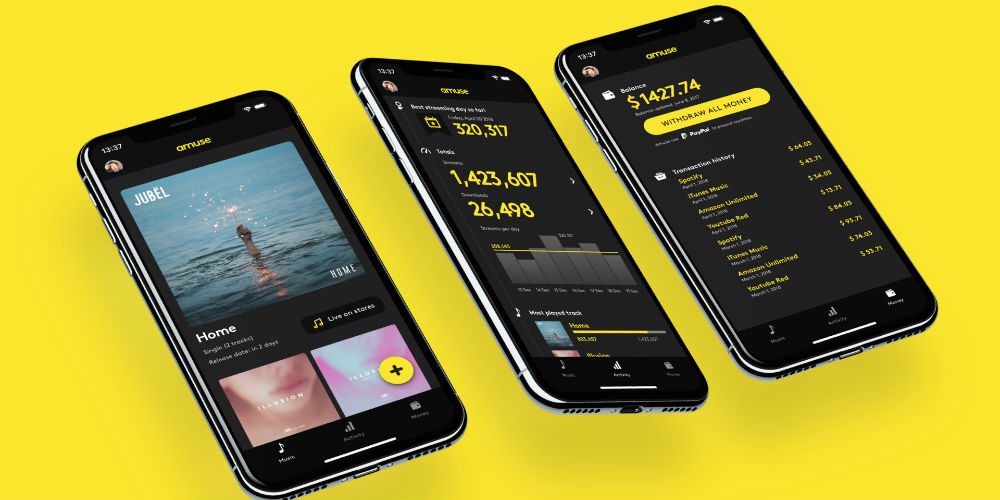 In March 2017, Music Ally reported on a new startup in Sweden called Amuse, which was billing itself as “the world’s first mobile record label”.

It had an app through which unsigned artists could upload their music for distribution, with the company then monitoring the data to spot artists with traction, to get behind promotionally.

Just over a year later, Amuse has announced a Series A funding round of $15.5m co-led by Lakestar and Raine Ventures. Note the latter name: it’s one of the investment funds owned by merchant-bank The Raine Group, which took a significant stake in SoundCloud last year.

Amuse is now describing itself as a “next generation record label”, with its distribution service paying out 100% of artists’ royalties to them, and its deals with the promising ones focused on licensing their music rather than owning their rights.

It thus sits somewhere between AWAL and (the as-yet unproven) UnitedMasters in how it’s trying to disrupt the traditional system. That said, it’s got some senior figures from that system involved too: former Sony Music exec Edgar Berger and former WMG exec Jörg Mohaupt are both board directors.

The funding will help Amuse to continue to build, given that the two competitors we mentioned are both well-resourced – AWAL through Kobalt’s financial muscle, and UnitedMasters through a $70m funding round last year.

Amuse already has one success story to its name: it notes that one of its signed musicians, Adel, got a platinum and gold-selling single in the last year.

Ooh La La? Not just one of our favourite old big-beat tracks, but also a fledgling service to help people discover and listen to music NFTs.
Read More

US startup Creative Intell describes itself as "the first AI-powered dealmaking platform" for the music industry. It's raised $3m of funding.
Read More

Melon is one of the companies that has been helping artists and labels work with games and metaverses.