Steel yourself for (yet) another wave of ‘EDM has peaked!’ headlines this week. That’s not the thrust of the latest version of the annual International Music Summit (IMS) Business Report, but its key finding – that the overall value of the electronic-music industry was down 2% to $7.3bn in 2017 – is certainly bringing the doomsayers out of the woodwork again.

The real story is a bit more complex. Like hip-hop, electronic music is a genre that is now truly mainstream: and one that is finding its way into lots of bonafide pop hits. The blurring of the boundaries between these three genres means that while dance music’s cultural impact is arguably higher than ever, if a lot o those crossover tracks are classified as ‘pop’ or ‘R&B’, they are thus taken out of the figures for electronic music’s value.

Brighter spots in the report: the (unsurprising) claim that electronic music over-indexes on Spotify, citing a figure from Midia Research suggesting that 27% of the all-time most-streamed tracks on that service are EDM, electronic or house tracks – including the third and fourth biggest ever.

The report also cites Beatport’s year-on-year track sales (not streams) growth of 8%; suggests that electronic music can benefit from an uplift in sync revenues driven in part by Netflix and Amazon’s video-streaming services; and notes a 10% increase in estimated DJ earnings last year. 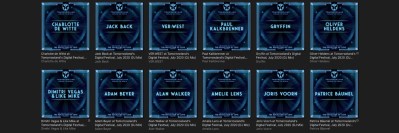