Concord Music: ‘If a sizeable opportunity comes along we’ll be ready to think it through’

Concord Music has quietly become one of the most interesting rightsholders in the recordings, publishing and theatrical performance rights world. At the Midem conference in Cannes today, three of its executives – CEO Scott Pascucci, chief business development officer Steven Salm, and chief publishing executive Jake Wisely – talked about the company’s evolution so far.

It’s a year since Concord bought Imagem, in one of the biggest music-publishing acquisitions estimated at $500m-$600m. “It’s been a helluva year!” said Wisely. “We spent a lot of time and energy on systems and metadata and things like that, integrating the staff and architecture, but we’re now emerging from what I’ll say is the worst of it quite successfully. We’re signing new songwriters… and all the synergies between our recorded-music and publishing divisions? The seeds have sprouted now.”

Pascucci talked about the reasons for the deal. “We wanted to get into a state of financial balance between recorded music and publishing. We were very heavily skewed towards recorded music, but now we’re almost balanced,” he said. “And it was a good fit: there was no overlap, there were no redundancies… it was as if we were meant to be put together like two pieces of a puzzle.”

Salm talked about the bigger picture too: “What we see in the marketplace is investors come in to music publishing generally first, because on the complexity scale, understanding music publishing for Wall Street sometimes is pretty simple, compared to some of the other asset classes within music,” he said. But Concord’s investors have backed the company’s focus on a “trifecta” of assets – recordings, publishing and theatrical rights, he added.

Pascucci talked about Concord’s current scale. “We’re very careful about the numbers we talk about. Our revenues are in the good handful of hundreds of millions of dollars… By our measurements we’re the fifth biggest music company in the world, whatever that’s worth. Our margins are very good, and we have good cash flow. We’re a good, profitable company,” he said.

The company now has 60 people in London and 25 in Berlin, many of whom are focusing on classical music, said Wisely. “I guess you could say we’re more cultured now!” he joked, before stressing that the international dimension has been very important for Concord.

How will Concord continue growing: are there more deals to do, or will it focus on organic growth? “There are no deals of that scope on the horizon, which is fine. There are still plenty of opportunities that come along. We’re known enough now that we get every phone call,” said Pascucci.

“I think the next couple of years are going to be a combination of growth through various acquisitions, as well as organic growth: doing more with what we have. If a sizeable opportunity comes along we’ll be ready to think it through, and maybe seize it. But we’re not determined to do that.”

Salm talked about the importance of data when Concord is assessing a potential acquisition, from financial modelling or understanding the creative potential of a catalogue. He said it’s now fairly quick to come to a conclusion about the company’s appetite for risk in deals, and suitable valuations. “You do step out of your comfort zone every once in a while, and you have to earn it,” he said.

Where are the gaps in Concord’s catalogue? “The only deal I was fundamentally never able to figure out how to close was a reggae deal. We don’t have any real reggae in our catalogue. We would love it. I just had a really tough time: and you don’t see a lot of reggae catalogues come to market. I’m not suggesting we’re running around looking for that genre… but we certainly don’t have much of that at all.”

Is the company well-positioned to prosper in the streaming world? “Yes. I think that our labels are still focused on diversifying their artist roster, that’ll be a good evolution for us. The recorded-music catalogue we ave is enormous and well-suited for streaming, and is performing very well,” said Pascucci. Digital overall is above 50% of Concord’s turnover, and streaming is more than half of that, he added.

Could Concord Music itself be bought, and if so, for how much? “Not that I’m aware of, and I have no idea! We’re very happy with what we’re doing. Our investors… couldn’t be happier with what we’re doing. They love the music business, it’s not just an investment for them. They’re intelligent… and we haven’t had a bad stumble, so there’s no reason for us to think about that,” said Pascucci. “Certain types of investors have timelines on an investment, but that’s not how we’re financed.”

Salm talked about future evolution. “There are more opportunities to make acquisitions than I have time in a day, week or month to do. As I see it from my specific seat, I think the company is incredibly well positioned to do some fantastic things across publishing, recorded music and theatrical in terms of what I focus on specifically, which is the acquisition market.” 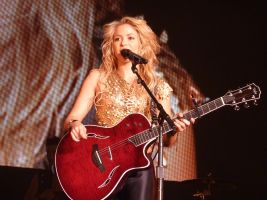 Two more musicians are selling their rights – or at least part of them – to investment companies. Shakira is the latest to throw in her lot with Hipgnosis Songs Fund, which has acquired 100% of her music publishing rights...
© Copyright Music Ally All rights reserved 2021 - Website designed and maintained by