Jax Jones: ‘Creativity is a constant exercise. It’s a muscle that you train’ 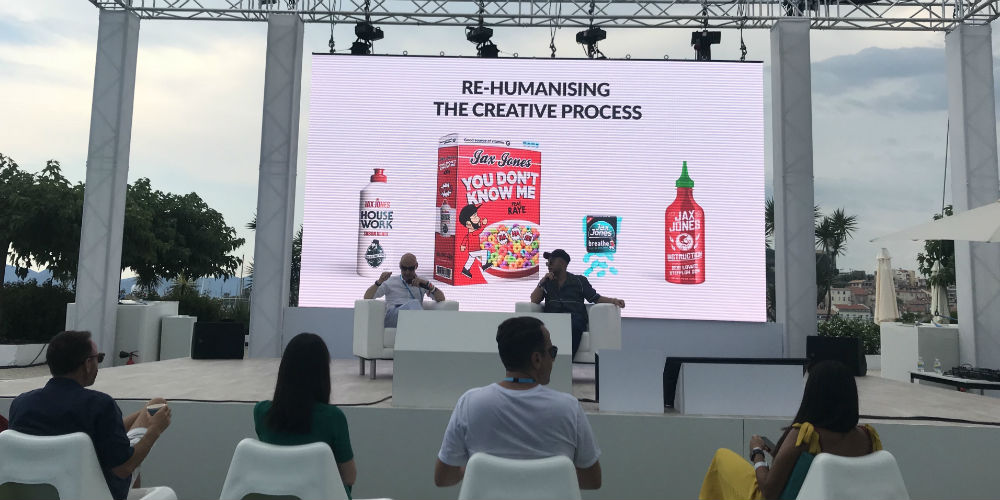 Universal Music Group’s global head of new business Olivier Robert-Murphy was joined by artist Jax Jones at the Cannes Lions conference today, for a session titled ‘Re-humanising the Creative Process’ focused on how brands and artists can collaborate.

“We live in a world where marketers and creative processes are heavily dependent on data… so what’s happening with human creativity?” said Robert-Murphy as he set the scene.

Jones talked about his creative process. “I didn’t want to be a fly-by-night pop dance producer: I wanted to have credibility in the underground,” he said. “I have various things that I try to live by when I write music, especially in today’s world when there’s so much information out there. I try to make my music as bulletproof as possible: get to the point in the first 10 seconds… I also apply the rule that I use, which is only having three things playing at one time. The human ear can only really process three things at one time.”

He explained that his hit ‘You Don’t Know Me’ is only drums, bass and a vocal at any one time. “Songs like Bohemian Rhapsody: they all follow that rule.Seven Nation Army. A catchy hook and only three things playing,” said Jones.

He tends to focus on the music last in the process. “What separates me from other DJs is I’m a songwriter. I don’t send out the music for other people to write the songs… We work on the lyrics and the melodies, and for me if that’s strong: just a kick drum and singing, and we’re already dancing, the rest of my job is easy!” he said.

Jones added that he tries not to simply second-guess what his fans will want. “You can only do what’s natural to you. You can follow your fans, but they want you to lead them as well. When you’re a creator, and you’re creating content, you’re the creator of that content for them… To me what makes great art is you take a little bit of what’s known. The anatomy of a hit is something that sounds familiar, but is different,” said Jones.

He said he doesn’t like to road-test new songs before releasing them, by including them in a DJ set. “Many people like Skrillex and Diplo have said ‘we play records out, and when the reaction’s going well we know it’s a great song’. That doesn’t work for me! The first time I played You Don’t Know Me was in Cardiff at a student night… The good thing was that no one left! But the place didn’t go crazy. If I’d taken that advice [from Skrillex and Diplo] that record would never have come out… I’m the creator, and I trust everyone around me – that’s why we’re working together – so we just drop it.”

Jones talked about collaborations with artists, from established stars like Demi Lovato to emerging artists like Mabel. “When you walk in to write a song with someone, you’re kind-of just exposed… You’re left with someone who’s sold hundreds of millions of records, and you go ‘Yeah! I think you should do this!’ And you just hope they’re into it. Sometimes that ain’t going to work… When I worked with Mabel, on the first day I played her six ideas and she hated every single one. But [ultimately] we got a great song.”

Is collaboration a necessity for creativity? “It’s not a necessity. Obviously Ed Sheeran doesn’t need it. Calvin Harris famously didn’t need it when he wrote I Found Love,” said Jones. “But the speed at which music comes out now, it’s more fun if you do it with a few people. You’re not going to get swamped down in trying to do it on your own. That can be a lonely and depressing process. Writing with a few people, if they’re all on their A-Game, you know you’re going to come out with something good! How can you not?”

Jones also talked about creative blocks. After You Don’t Know Me, he started touring the world, stripping away much of his time to create – instead he’d be on a plane with two hours sleep and three shows to play in the day. He worried that he’d be a one-hit wonder.

“I started to learn about how to deal with that, got a mentor. The key for me now, with creativity, it’s not a one-time activity. It’s a constant exercise. It’s a muscle that you train,” he said. “Your job as an artist is to manage that, so I learned how to do that. I train my muscle every day.”

Jones has been working with a number of brands, Coca-Cola included. How does that process work? It’s similar to collaborations with artists, he suggested. “It’s about finding out what their goals are, and what mine are, and just meeting in the middle and combining our brands together,” said Jones. “I wouldn’t accept it if I didn’t believe in the value of a brand and the passion of a brand… It’s just figuring out what’s the best thing whether it’s for an event or for the launch we’re going to do.”

Can brands learn from music artists? “The key thing that music creators do is they create a world for themselves, and they create such a connection with the people that are listening to their music. We’re ultimately a brand. Musicians, we’re all ‘it’s so deep for me!’ but we’re creating something that people buy in to, and that ultimately becomes a product,” he said. “Thats’ what we’re here for. Brands can take that into account.”

Jones also talked about the artwork that accompanies his music: for example, based around 1990s product packaging – washing-up liquid, cereal boxes, Tic Tacs and chilli sauce. “It’s us trying to make something that translates to a lot of people… We want every part of our campaign to be a hook. The song is catchy? Great. The beat is catchy? Great. Oh but the artwork! I want to own that product…”

He repeated his earlier thoughts when asked for advice for younger artists and songwriters “Don’t be romantic about creativity. It’s a muscle: exercise it every day,” said Jones.

Has the emergence and growth of music-streaming changed his creative process? Yes. “Because of the amount of music on streaming platforms, you have 10 seconds to get their attention, unless you’re doing rap. Dance music? You have 10 seconds to get there. They’re gonna flick through it, you have a skip rate. You’ve got to work the algorithms. And on each digital platform they are different algorithms, different ethoses. Some ate more humanistic, some are more mathematical,” he said.

And playlisting: when you’re coming through as an artist, and you don’t have a brand yet, it’s sometimes good to make music that fits on a playlist. But once you have a brand, you can do what you want!” 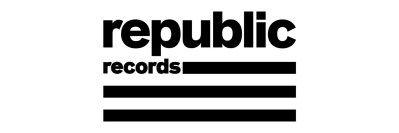 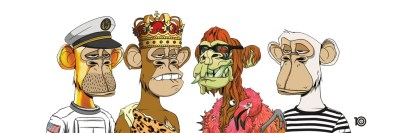 It's a sign of the times when the world's biggest major label has an imprint described as "a next-gen Web3 label that discovers and develops artists, intellectual property, brands and digital creators".
© Copyright Music Ally All rights reserved 2021 - Website designed and maintained by