It’s been a while since the music industry first got excited about the idea of bundles – be they ‘hard’ or ‘soft’ – of streaming services with mobile data contracts. But AT&T has launched a new offering in the US that deserves attention.

Its $70 Unlimited &More and $80 Unlimited &More Premium plans were unveiled yesterday, with the first including a catalogue of film and TV shows for on-demand viewing, and an app called WatchTV offering more than 30 live channels.

It’s the $80 plan where music comes in though: subscribers can choose to get Pandora Premium or Amazon Music Unlimited for no extra cost – although these are options in a wider menu, with alternatives also including TV channels HBO, Cinemax, Showtime or Starz, and users only able to pick one.

“Teaming up with AT&T makes perfect sense – we have the opportunity to introduce Pandora Premium to AT&T’s massive subscriber base and provide them with the added-value of our on-demand music service,” is how Pandora CEO Roger Lynch welcomed the news.

The fact that this is a non-exclusive agreement is interesting though: it leaves scope for AT&T to add other music-streaming services as options, if they are willing and the deal terms make sense. That’s a break from the traditional bundle models of a telco working with a single streaming service. 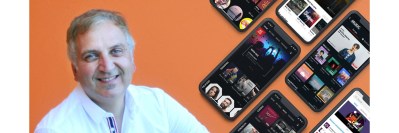 For B2B music company Tuned Global, years of hard work on its technology platform and music offering have been paying off in 2020 and 2021 so far. "We've had a great last year: we've almost doubled as a business," says...
© Copyright Music Ally All rights reserved 2021 - Website designed and maintained by