Tidal is at the centre of another legal row, but this time it may be an artist, rather than the streaming service, which ends up in court.

The focus is on Kanye West’s 2016 album ‘The Life of Pablo’ and West’s tweets around its release promising that “my album will never never never be on Apple”, on account of its exclusivity to Tidal.

Two years on, a fan who signed up for a Tidal free trial to get the album, and then paid $9.99 for the second month before cancelling – as the album came out on other streaming services including Apple’s – has launched a class-action lawsuit against West.

“The rapper’s lawyers argued that his statement was true when made and that, as he was repeatedly fine-tuning ‘The Life of Pablo’ on Tidal, the album was effectively a new, remastered version when it went live on other platforms,” reported CTV News.

A judge has slapped that argument down as “tenuous” and cleared a path for the class-action to proceed, although he did clear Tidal of blame for its own tweet about the album “streaming exclusively on Tidal.com” as being correct at the time of publication. 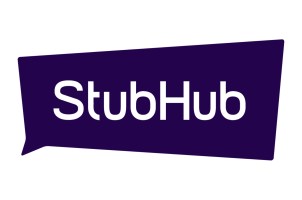 With a huge number of festivals and concerts postponed or cancelled entirely amid the coronavirus pandemic, event organisers and ticketing companies have been mulling their options. One solution is to offer customers ticket...
Read More

The latest label-led copyright infringement lawsuit against an ISP in the US was focusing on Texan ISP Grande Communications. However the case has been postponed until September. The reason given was that the court only...
Read More

A Berlin court has issued an injunction against a website accused by the music industry of being focused on stream manipulation. Global body the IFPI and German industry body BVMI celebrated the ruling against Followerschmiede·de,...
© Copyright Music Ally All rights reserved 2020 - Website designed and maintained by