Indie licensing agency Merlin has published a report to celebrate its 10th anniversary, including the previously-reported stat that its annual payouts to members are now more than $500m.

There are other new figures though. Merlin says that an analysis of more than 500bn streams between May 2014 and April 2018 shows that its members’ music “performs over 25% better in market share terms on paid tiers vs free tiers”.

The report also stresses the impact that the advent of streaming has had on its independent members. 42% say that more than half of their digital revenues come from consumption outside their home territory, compared to 18% for physical revenues.

68% of those members say that audio streaming is currently the majority of their digital revenues, while Merlin says that it processed more than 14bn streams for its members in March 2018 alone – up 36% year-on-year.

The company says this is all contributing to growth for its members: 74% said that their total business increased in 2017, up from 66% the year before.

“The advent of music streaming has transformed how independent labels operate, and how digital services perceive the value of our rights,” said CEO Charles Caldas.

“Where once we were fragmented, we now act in unison. Where we were treated inequitably, we sit at the head of licensing discussions. Indies are not only thriving in the new market, we are leading it.”

For more on all this, read our recent interview with Caldas. 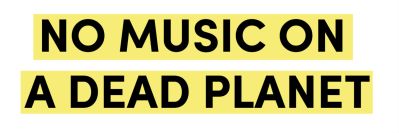